Brewster Hall was in a state of emergency yesterday when undeclared freshman Bobby Hughes was rushed to BJ’s Wholesale Club for underwear.

The native of Outsideofphilly, PA somehow never learned how to do laundry. Floormates believe it was the consequence of having a girlfriend still in high school. Last semester, Hughes went home twice before Thanksgiving Break, bringing home not luggage, but a bag of laundry. But ever since their breakup over the winter, Hughes still failed to maneuver the laundry room.

“I knew I had a lot of clothes,” claimed Hughes. “I thought I could get away with not having to do laundry before spring break.” He was sorely mistaken.

Hughes’s roommate reported him when he witnessed Hughes wearing boxers multiple times without a wash. “It was inexcusable when I caught him in those same yellow Spongebob boxers for the fifth day in a row. I called the RA and she drove him to BJ’s to buy a 60 pack of tighty whiteys.”

Hughes does not regret his decision; rather, he blames it on his mother. “It’s not my fault she never taught me. Also, how cool is it that you can get 60 pairs of underwear in a box?!”

Although the new underwear was only a temporary measure against Hughes’s laundry handicap, he now has been signed up for Lazybones against his will. 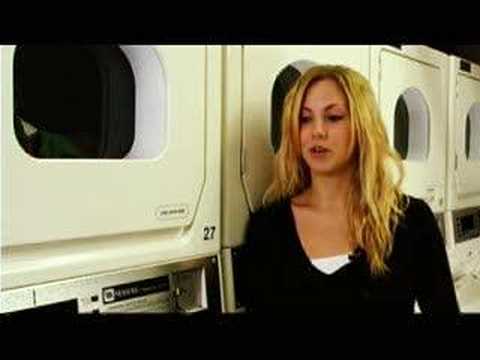 Some Hot Girl Talking About Laundry At Cuse

Look inside the dorm. MORE »

I would like to thank victorias secret for making these Student Institutionalized After Being Called “Freshman”

It was 2:04 AM on Saturday, September 3, 2009. David Moore was walking home from a house party on Livingtson Avenue with his roommates.   Suddenly, without warning, a 2005 Jeep rolled down Euclid. The Jeep slowed just as it reached Moore and his friends and from inside the vehicle came a single word: “FRESHMEN!”... MORE »

How To: Spend Every Last Nickle

As the year comes to a close, you will notice that you have a good amount of money in various services at Syracuse. Don’t let these go to waste! Here are a few ways to spend that extra cash. SuperCard1) Do what the entire basketball team does all season: buy 400 gatorades at Goldstein on... MORE » Silent Shower Sex is to college kids as milk is to cereal. College kids want sex, and some claim to need it to fuel their lives, and cereal doesn’t really get too far without milk. There’s no denying that college kids love their sex, and will go to great lengths to partake in its acts.... MORE »