With all the rumors of Vinny Guadagnino coming to Cornell being untrue, thousands of Ivy League students were shocked and astounded to find that a satirical news website would provide them with inaccurate information. Lucky for you, Earthlings, a REAL extraordinary sensation has crash-landed in Beebe Lake at approximately 3:28 AM. 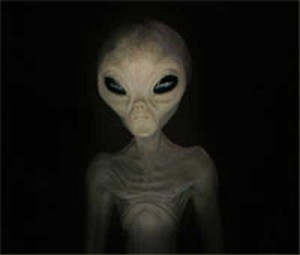 Broadcasted on every major human television network this morning, the Xionga race of quantum-tunneling organisms has invaded Cornell University to a pursue a conquest of planet Earth. Native of Planet Q580 in Quadrant X, the High Lord Emperor of the Xionga attributed the decision to land in Ithaca to its relative isolation from the rest of the human race. “We needed an element of surprise in our strike against the humans. Landing in Ithaca, we calculated that there was about a 98.67% chance that not a single human on Earth would see our ship entering the atmosphere or hear our landing.”

The Xionga army has already mobilized and is en route to every major capital in order to accept the surrenders of our puny governments, but the High Lord Emperor has special plans for Cornell. He has announced that he is converting Mary Donlon Hall into a Breeding Facility for his swarm of gargantuan mutant insects. This is exciting news for the Cornell community, so get ready to bow down to your new masters, and then get up so you can begin performing our race’s compulsory labor inseminating the Xionga beasts.

◄ End of the World? Snow in Ithaca This Summer
Random
Cornell Bans Smoking on Campus for Fall 2012 ►