It was announced this weekend that Syracuse University has applied for and been accepted into the prestigious Onondaga County Middle School League for all major sports. Instead of lackluster teams such as Georgetown and UConn, Syracuse will now be facing off against national powerhouses such as Henninger Middle School and the Derek Zoolander School for Kids Who Can’t Read Good And Wanna Learn To Do Other Stuff Good Too.

The major shake-up in both the college and high school sports worlds was test-driven Sunday night with a basketball scrimmage against Monroe Jr. High School.

“We were definitely concerned going into this game.” said Coach Boeheim “They have an 8th grade center who is almost 5’6. I mean, this is like D3 college-level stuff here.”

Syracuse, despite Monroe’s daunting height, came out on top with a score of 85 to -12. Typically basketball games don’t go into negative points, but a particularly vicious ref decided to make an example of Monroe’s starting forward who threw a water bottle and left the game crying after a belligerent SU student yelled that “he was adopted.”

Syracuse fans have expressed disapproval over more than just the disparity in talent between SU and the rest of the league; many are also upset about lack of alcohol available at the games. Prior to SU’s departure from the Big East, the most represented demographics at Onondaga County Middle School League basketball games were children under 14 years old and their grandparents.

“We don’t think we’re being too demanding by asking that they serve alcohol at the games.” explained SU senior, Jason Trint. “I don’t think anything bad has ever come from groups of drunk college students surrounded by the elderly and small children.”

SU’s acceptance into the Onondaga County Middle School League has also resulted in the addition of several sports that weren’t prominent in the Big East. SU will now have “TV Tag” and “Hide and Seek” teams in the Fall, while “Trampoline Wrestling” and “Who Can Hold Their Breath Longer?” will be played in the Spring season.

Chancellor Nancy Cantor is quoted as saying that she “particularly looked forward to watching the ‘Marco Polo’ teams spar off.” 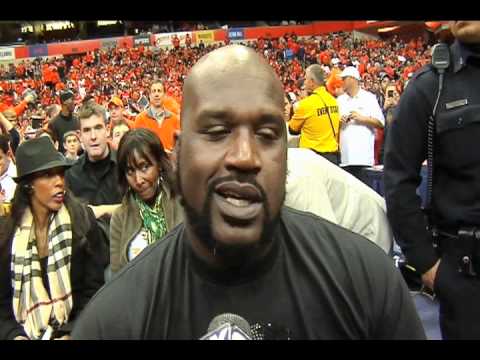 For anyone living under a rock during the last 24 hours, this just in: Syracuse has decided to forgo its elite Big East status and make the transition into the dredges ACC (I speak sarcastically, of course, but I’m enraged so it’s allowed). Why Syracuse decided to leave was a mystery to many. That is,... MORE »