In an unexpected turn of events this week–and likely an unapologetic publicity stunt to remind students that Student Association exists so that they’ll vote for president–Student Association has cut the budget for Syracuse University itself. Robert Rane, the University official who was assigned to attend the meeting to acquire funding for the University, was reportedly struck by a vehicle on his way to the meeting, tackled by the football player from Super Mario Brothers(throwback!), and punched in the face by Mike Tyson on his way to the annual SA hearing for funding. He crawled more than half a mile with a broken leg, but was told Syracuse University’s funding would be halted because he was two tenths of a millisecond late for his scheduled funding hearing time.

“Listen, we get it. Syracuse University is a staple of Syracuse University. That doesn’t mean they don’t have to play by the rules like everybody else. So what if they apologized? ‘I’m sorry’ isn’t going to give me that two tenths of a millisecond of my life back.” defended the Student Association’s representative.
“We’re shocked, honestly. We have almost 15,000 undergraduates. Syracuse University is such a big part of this University. Almost 100% of the students on campus are involved with it. Even the SUNY-ESF kids are pissed because we have better granola in our dining halls.” said University Official, Robert Rane.
Student Association has maintained that Syracuse University can apply for special programming in the Spring and that “them’s the rules.”
SEE MORE » funding, jerkmagazine, SA
◄ Best Bushes To Piss On After Drinking
Random
In Defense of No Pants ► 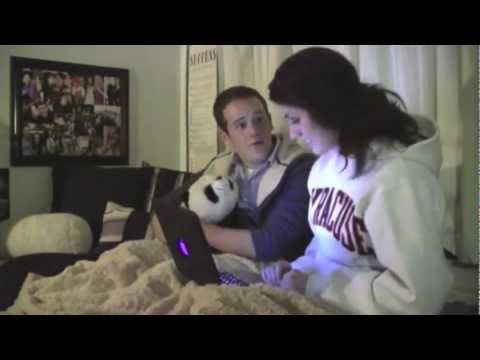 It was reported today that after this semester, Syracuse University will no longer carry “hard science” courses, opting instead to allow students to fulfill the requirement with much softer sciences, such as Earth Science, Astronomy and Pottery. This decision was made after scheduling commenced and the University realized that there were a total of 4... MORE » An easier way to figure out where the hell you’re gonna live! MORE » Saturday’s football game wasn’t a total loss, at least not for Otto, the Syracuse mascot. Just after halftime of the game, Otto, in a football rage common to the SU community, decided to consume one of the cheerleaders, Becky Johnston. “Normally, Otto does that funny thing,” said Cheer Captain Hillary Denver, ever so poignantly, “you... MORE »