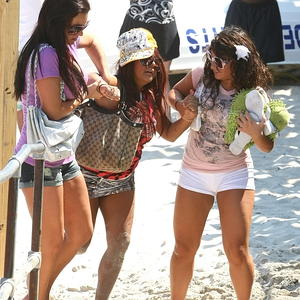 Anita Wetcrotch, a junior at Ramapo College, has a physics test tomorrow. You might not know her by name, but you may recognize her from her various roles around campus:

The girl who’s sleeping with the baseball team

The trashed girl at the party

The obnoxious girl screaming outside of your window past 2am

The girl who wears heels to class

Well- Of course, she’s waiting til the night before her test to begin her nonsensical studying. She has the TV on, she has flashcards ready to go (and a few cut into snowflakes), and 3 redbulls to top off the study session.

Texts ring every 20 seconds- Then the clock strikes 12. Now she’s frustrated.
The TV’s off, she’s reading the same five lines, multiple times. In between reading and blindly highlighting she responds to relentless texts.

Now it’s 3am, drunk girls start screaming outside. They’re yelling back and forth to each other. They laugh loudly, and scream when their drunken friends try to pick them up. A girl comes near Anita’s window and throws up behind the bushes.

“Why won’t everyone just SHUT UP?!” Wetcrotch cries out in frustration. 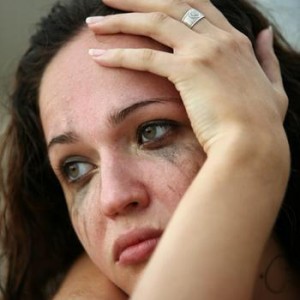 Sometimes you get what you give, she’s not getting BJ’s tonight, but at least she’s frustrated.

Update: She failed her test and got super drunk that night. Vomiting pursued next to my window.

When the child is 21 years old is it too late to call Dyphus? This question was raised by many attendees at New Rock’s annual holiday party. The party is usually a good reason for students to find their way out of the books and into the bar scene, yet this year the tension was... MORE » Mahwah, NJ- Warm, loving, functional. These words describe the horrifyingly normal and supportive childhood of Ramapo College’s budding superstar athlete, Jerry Williams. Williams anchors the nationally ranked men’s basketball team as a versatile and explosive point guard. His ascent to the position of dominance is a story nothing short of heroic. Growing up in a... MORE »

This just in- after Public Safety’s Annual Ice Cream Social, the idea of sending undercover officers has surfaced. Maybe it was because they had recently seen 21 Jump Street. Maybe it was because they want to relive the college experience. Students have reported sightings of Public Safety officers, usually clean shaven with “cool hats and... MORE »

What does “Good Friday” mean to you? Is it something that comes once a week? Is it when you get paid? Laid? A good Grade? I digress on sub-par rhyming. We all have our stories, and what’s a better yearly reminder than Good Friday to make you think of all the awesome Fridays you’ve had... MORE »

Although graduating in Newark has its own excitements, we all know what graduation will actually be like…   MORE »

Nothing says college more than shotgunning beers and watching people find themselves in dangerous situations, right? It’s been a warm winter here in ‘Merica, so while we had to restrain ourselves from the normal ice-luge on fat girls race down Village Hill, we can see an early event in our annual wheelchair race down that... MORE »

All couples are different… but pretty much the same. That being said, Here are the types of couples you’ll encounter on a college campus. The Happy couple Dan and Melissa have been dating for about a year now. They enjoy each others company. They face rocky situations here and there but it’s nothing a good talk... MORE »

Angela Zhou, a Senior at Ramapo College has fulfilled her experiential component requirements in quite the peculiar way. She gave birth to a beautiful daughter! It all started back in July on a drunk night. When arriving at school in January she was bursting at the seams.“I knew this bastard child would be popping out... MORE »

Blind Kid Lost in the Reservation

Mahwah, NJ- Tragedy has fallen upon the parks service of Mahwah as Bryce Sheehan, a blind Ramapo student, has wandered into the depths of the Ramapo Reservation. Bryce was last seen with his seeing-eye dog Charlie on Thursday morning. That night Charlie returned home to rest, unaccompanied by Bryce. Locals say they saw the boy... MORE »

A lot of the world follows the standard 12-month calendar. Not this guy.  I strictly follow the Chinese Zodiac calendar. I’ve never been good at math, and this 2011/2012 stuff doesn’t work for me. It’s hard to keep up with the addition. So 2012 is the year of the Dragon. Badass. Much better than 2011’s... MORE »

When the child is 21 years old is it too late to call Dyphus? This question was raised by many attendees at New Rock’s annual holiday party. The party is usually a good reason for students to find their way out of the books and into the bar scene, yet this year the tension was... MORE »

Growing frustration concerning a healthy student lifestyle has finally been halted. In an effort to monitor all activity on campus, Public Safety in accordance with the College Council have issued plans to place security cameras inside the dorm rooms. This act was approved as part of a Ramapo-wide movement titled “healthy habits”. “For too long,... MORE »