Well unless you’ve managed to block Twitter, Facebook, RSS Feeds (do people still use these?), your school email, OTN, the DO, and the bulletin boards around campus in an effort to increase your pre-finals productivity (LOLZ jk, we see through your attempts), then here’s the scoop:

Today, at 12pm, in Hendricks Chapel, Hillary Clinton provided a one-hour conversation with the Dean of Maxwell.

The communities of SU and Syracuse, NY – undoubtedly liberal areas – found out last week that the Secretary was visiting and collectively tweeted their Democratic butts off about it.

“OMGGG!!! MY GIRLL HILLHILL IS COMING TO #CUSE?! My life is complete.” Said Twitterer, Trideltlove. Similar Tweets circulated the Cuse social media sphere pertaining the Secretary’s arrival on campus. Bongsb4pong tweeted, “Clinton in THE CUSEEE! Helllllooo extra credit paper on a guest speaker – btw what’s her job now?” Euclidl0ver tweeted repeatedly at Hillary, from when she got to the steps of Hendricks at 6:45am, throughout the speech, and to saying farewell to the former First Lady, most notably tweeting, “Hot pink blazer and a pony?! Girl, you got such style.”

Similarly, the Onondaga County news beats focused almost solely on Clinton’s arrival, noting what an incredible day it would surely be given NY’s former senator’s return. (New circuits focused mostly on Clinton, with the remainder of their reports left to discuss the swan egg destruction in Manlius.) The reports proved to be at least slightly off in their predictions of Clinton’s presence asserting the day’s wonderfulness, as all of Syracuse woke up to snow this morning. If youre fairly hungry and sick of eating the same-old dirty disgusting cafeteria food, check out the Reddit College Cookbook! The Cookbook was created by a college student who wanted to make some cheap tasty recipes that any college student with two hands and a brain could cook. It is packed full of awesome recipes that... MORE » Taking Back The Night – April 15 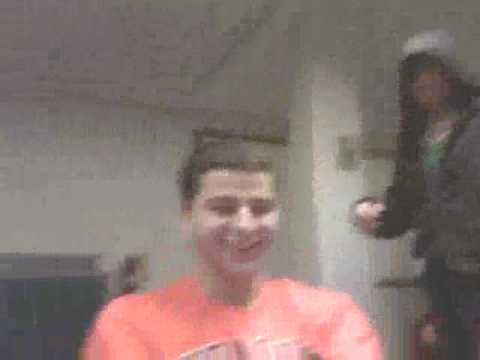