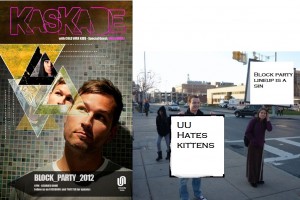 Ah, college. Since freshman year, we’ve been surrounded by so many resources, so many options. So many minds filled with thoughts of wonder, inspiration, and encouragement to make the future world a better world by saving the seals, protecting the rainforests, fighting for gender equality, or simply convincing people to switch to CFL light bulbs.

It seems a group of students, less interested in real world applications of motivation and resolve against the throes of apathy, have found their purpose this year by protesting the University Union-sponsored Block Party concert; headliners – Kaskade & Cold War Kids. While some students focus the fire of their youth a la` the generations before them against war, deforestation, and inequality, this particular demographic remains resolute in overthrowing the nefarious evildoing of UU.

“I just really needed something to be angry about, yknow?” Says freshman Lyndie Elliot. “Like nothing else going on seemed particularly deserving of attention. That’s why I decided to protest this injustice. It’s just, like, not right what’s going on.”

“Yeah, like, what better cause to lend a voice to than arguing over which super-successful, well-established, critically-renowned, and fan-adored music artist our prestigious private university books for one of our many concerts on campus? Clearly, this was the most worthy and meaningful of causes of which I should be a crucial part,” says sophomore Sasha Gomez.

Students rallied their hearty and passionate voices of concern via the sole means that aforementioned private school has educated them in – creating the ever-articulate 140 character tweets and hashtags.

“Like, I know UU was going to hold that lame ass meeting for us to talk about our feelings and shit but why bother when I can just protest them on Twitter? That’s how real protests work. By not letting those assholes get in their whole ‘reasoning’ bullshit and always getting the last word in through a boss tweet,” says Joey Fiori, mid-iPhone tweet reading “Imma let you finish UU but – oh wait – i’m not because i dont care what u say about this fuckin techno crap artist. No real music – N Minaj?”

But in spite of the UU meeting and the organization’s apparent resolve to hear students’ protests, students refuse to let their resilient anger diminish. “I just feel so much better about myself knowing that I said something about this unfair and heinous ordeal,” cited one student leaving the UU meeting. “It just feels good to help.”

Erin is the current head writer of the Syracuse staff for Campus Basement. Her articles appear every Monday and she doesn’t give a flying fuck what you think about Block Party. 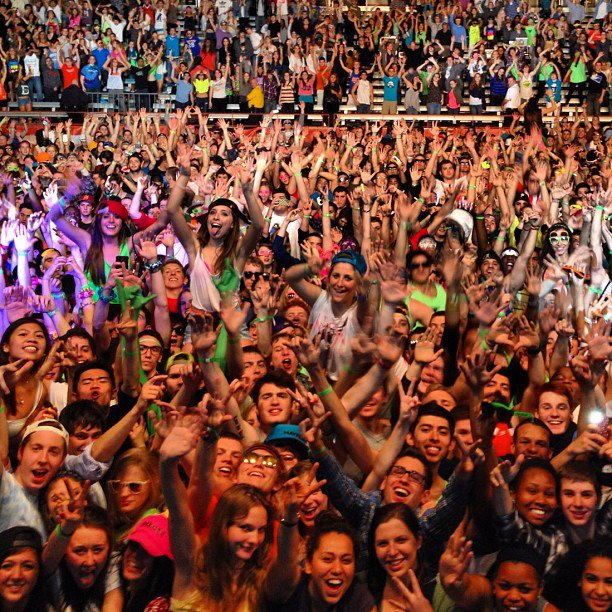