It was a tragic day of March Madness for all of Tiger Nation. While the 86-84 upset of the two seed University of Missouri by the 15 seed Norfolk State University stunned the nation, no one was surprised in Norfolk, Virginia.

Norfolk, a small fishing village on the coast of Virginia, has a long history of powerful athletes. Of the 2,000-odd residents of the sleepy colonial town, 90% are somehow involved in the fishing trade. The other 10% are dead. As for the university’s athletic success, the secret is simple: cod fish

According to Norfolk State’s website, the Seaman’s diet consists of cod, cod-paste, and, coincidentally, also Grape-Nuts.

“At first, the Seaman’s [diet] was hard to swallow. But after four years of guzzling cod-paste, I can’t help but find [the] Seaman‘s [diet] delicious,” O’Quinn said.

The Atlantic cod gives the players valuable nutrients such as omega-3 and dontmiss-3’s fatty acid. Though these basketball specific vitamins are nearly impossible to come by in the rest of the country, the athletic trainers at Norfolk keep it coming and coming.

“I have a special codpiece that I used to make cod-paste. Sometimes I’ll eat pineapple before I make it. I find it somehow gives the paste a unique flavor,” Norfolk Athletic Trainer Phineas Gill said.

The Norfolk State’s willingness to endure eating cod on cod on cod sets them apart from the rest of the nation.

“We lost because we they had, like, 17 air balls that they got lucky enough to put back in. But most importantly, we severely underestimated their cod-strength,” Missouri Head Coach Frank Haith said.

“This is probably for the best though. This whole season’s record will be erased anyway after that Miami shit finally catches up to me!” Coach Haith added.

At a press release held today, the entire University of Missouri athletic staff has discovered the true cause for Mizzou’s dismal performance.

“It saddens me to announce that the reason we lost to Norfolk State is because of Campus Basement Writer and All-Around Putz Brad Babblybrook or whatever his name is. Seriously, I hate that guy,” University Spokesman andPart-Time Kristen Bell Karaoke Dance Partner Don Cheadle said. 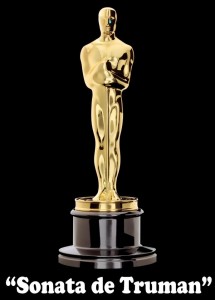