Note:
All basketball players interviewed for this article asked for anonymity for
fear of the coach giving them the “stank eye” ““ the most feared of all
punishments.

After
the devastating loss to Oklahoma State this past week, Mizzou fans were at a
loss. Mizzou basketball players,
meanwhile, were hysterical. And furious.

“When
the students rushed the court, I wanted to punch every one of them. In the face,” commented another player. “Instead, I secretively scratched my head
with my middle finger. It felt good.”

While
some relieved their anger by head scratching and other methods, another player
managed to control himself. “The first
thing I wanted to do was rip off my shorts, throw them on the ground, and tell
everyone I was done. Game over. Quitting (instead of winning, get it). But I thought about it”¦ and then I didn’t.”

After
such an emotionally tolling game, the team slunk into the locker room and stood
about listlessly – until one player abruptly burst into wailing sobs. At that moment, a fellow teammate turned on
the stereo system they had brought along and filled the locker room with
music. The song choice: “Big Girls Don’t
Cry.”

“If
big girls don’t cry, neither do we!” the player said amidst cheers and
snuffling. “So stop being a bunch of vaginas.”

The
team rallied around the fact that their fans still adore them, even if they are
no longer number two in the nation. To
reinforce this theory, I asked several students for their opinions on the game.

“I
don’t think I can ever look at them the same again,” added junior Tom
Jenkins. “I was okay with being number
two, I mean that’s right behind number one ““ but to be moved down to number
four? I am disgusted.”

Despite
the complaints, the arena was nearly packed this past Saturday for the game
against Texas Tech. While the stands
were somewhat quieter than normal ““ and many a student poked their eyeballs in
frustration at the multiple missed shots ““ the fact that they came spoke for
them.

They
are willing to support their team, come good or bad, number two or number four,
putrid-smelling or rose-scented. Once a
Mizzou fan, always a Mizzou fan. Well,
unless they’re number eight. Campus Basement 101: How to Interpret an Article

As the website grows and more people read our articles, it’s come to our attention that lots of people may be asking what the FUCK is this?  Which is understandable.  I mean, our name suggests drug deals and other illegal activities.  But like, are these articles serious shit or did we just pull them out... MORE » 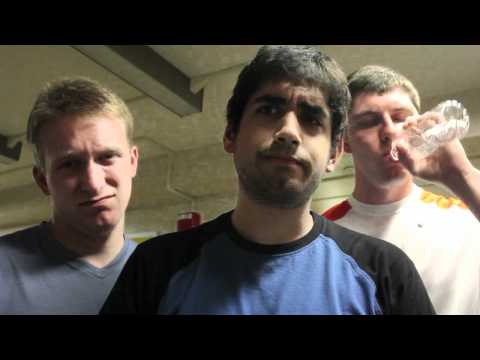