Ever since the dawn of man, the question has been posed – “Do women poop just like men do?” Everybody knows that men poop. Men talk about their poop proudly. But a wave of mysticism has consistently been shrouded around whether or not women poop as well.

A group of researchers here at USC decided to look into this age-old question and their results were more than surprising. Headed by PhD candidate, Topher Jennings, a crew of 8 male graduate students went on an undercover expedition.

After several weeks of posing as females and hiding out in women’s restrooms (yes, that’s as creepy as it sounds), Topher and Co. came out with a shocking discovery.

“We spent around a month and half of deep and often torturous research trying to get females to not flush the toilet after they went to the bathroom and then searching through the results and what we found was truly astounding,” Jennings told us. “Women actually poop out small bunny rabbits and rainbows.”

“True. As soon as we got into viewing several toilet bowls we found that they were filled with little bunnies and a bright rainbow in every bowl.”

In follow up research, Jennings and his crew went out to find any women that would admit to the things they themselves had seen. They only found one who would step forward but remain nameless.

“It’s not something we’re ever supposed to talk about,” this anonymous woman said. “We’re supposed to just tell everyone that we all poop just like everybody else… but it’s just not in our nature. Pooping is something gross and women don’t’ ever do gross things so obviously pooping doesn’t happen for us.”

When asked about the biological aspects of this, Jennings told us that it’s simply just as mystical as it appears to be. “There’s no biological reason for bunnies and rainbows to come out instead of poop. But this is something that just calls for more research but what comes first is that we need women to admit to this fact before we can even go that far.”

All I know is that I’ll never be able to look at a chocolate bunny the same way again. 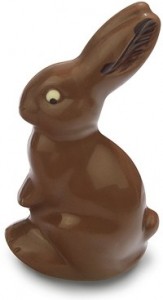 If there is anything in this world that guys love, it’s their bros.   Just look at Bobby Morris, a sophomore. Morris was happy to be in a pack of nine bros. Or so he thought.   “All of them have been there for me through so much and it’s really great to just kick... MORE »