With Kansas defeating personal rival North Carolina yesterday, the Final Four of the NCAA Men’s Basketball Tournament was complete. Along with Kansas is Ohio State, Kentucky, and Louisville.

And no one on the West Coast gave a crap.

When asked about the lack of teams from the West Coast in the Final Four, Chaz Chadderie, a junior at Oregon, stated, “What the heck is the ‘Final Four?’ Some sort of Taco Bell combo?”

This seems to be a common mindset for most of the collegiate student body all along the West Coast. So either most people just straight up don’t know what the Final Four is or everyone along the Pacific has a strong case of the Taco Bell munchies.
When we finally found a college student who actually knew what the Final Four was, he provided some interesting insight. “Most people out here don’t know what Basketball is because college Basketball is coast-ist,” said Rojo Smithee, a freshman at USC.

“Basketball doesn’t like being anywhere near water. You can even check out the East Coast. Those dumb fools don’t get even the benefit of enjoying football.”

As any good investigative reporter would do, we went and sought out a reply comment from Basketball itself. We got a hold of Basketball via Skype as it’s out in New Orleans getting ready for the end of the tournament.

When presented with Smithee’s statement about Basketball responded with, “What the heck is the ‘West Coast?’ Some sort of jock itch cream?” 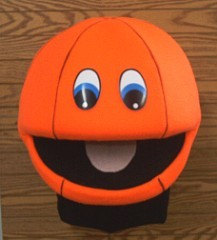