Everybody’s favorite human being is at it again.

On the heels of singing the national anthem in front of 34,616 basketball fans, as well as interview comedian Andy Samberg in front of 1,500 students, Syracuse University sophomore Davis Haines has been asked to interview three of the world’s most amusing figures in front of a Guinness world record audience of 1.2 jillion people.

After witnessing Haines’ chops with Samberg at Goldstein Auditorium on Tuesday, critically acclaimed author Thomas Pynchon called Haines early Wednesday morning expressing interest in a possible interview. “I have tried to maintain a very sheltered lifestyle since the 1960’s when my novels started getting big,” said Pynchon. “But after witnessing Davis interact with Mr. Samberg on stage, I really thought that he would be the perfect person to help guide my way into the public eye.”

Pynchon has never ever been interviewed on television, radio, or in front of a live audience (Key words beings “never” and “ever”).

Joining Haines and Pynchon will be superstar singer Susan Boyle. The Scottish vocalist is said to have taken a “keen liking to that smashing Yank who kept referencing bonking and snogging throughout his performance with that Andrew bugger.” Boyle later stated that she wants to utilize the opportunity with Haines to discuss her sex life the entire time. She does not want””at any point during the interview”” to talk about how she came about in the music industry, her life story, or how fame has changed her. The only discussion that will ensue will regard the “peckers she has seen.” Prognosticators say Haines will more than likely comply with Miss Boyle’s wishes.

Also making an appearance will be the Boogie Man, the ambiguous monster who has haunted children for decades. Mr. Man attended the Samberg interview and was said to have melted inside at the “sight of the way Haines crossed his legs throughout the show.” He did not respond to telephone calls, but it is assumed he wants to hear more of Davis’ life story because he did not get enough of it during the Samberg performance.

Tickets are on sale through University Union for $32 of your hard-earned money. And no, the campus organization did not at any point consider having a person of maturity nor one with a stage presence (such as a Professor, perhaps?) interview the three subjects.

A spokesman for UU text-messaged the following in defense of Davis: “Just Wait “Til We Get Our Haines On You.” Haines then made an awkward, lewd remark regarding the underwear-inspired phrase. Review: Andy Samberg on Board the S.S. Awkward

Wednesday marked the date that 1,500 students were waiting for: it was the day before Syracuse played Butler in the Sweet Sixteen. Oh, and Andy Samberg was here to kill time while we wait. Despite a few rocky moments, many of which the host, Davis Haines, manufactured, the Q & A provided a lot of... MORE » 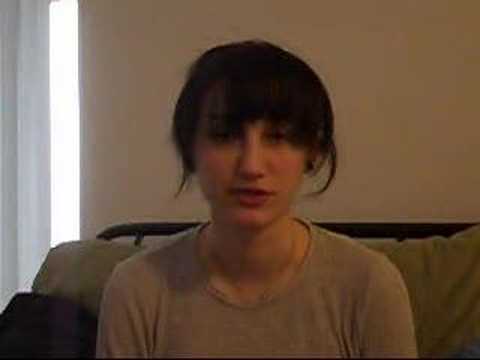