Research has been done in continuation with the recent
findings that “Sex Feels Good”.

The study found that based on a few case studies, and also questionnaires
across genders there are positives and negatives to ejaculating on a woman’s
face. (Note: these findings are gender neutral although they may not seem to
be)

Cons:
1. Miss-fires: The number one reason why people are nervous about this sexual
act is that a miss fire can be detrimental to their sheets or clothing. A
miss-fire can also lead to a second con which could also be a subset of this
first con.
2. Blinding: A load of sperm to the eye can cause blinding and then you have to
buy the woman either laser eye surgery or a seeing eye dog…both of which
would cramp your style
3. You like her: If you do have feelings for the woman and/or are dating her,
it would be well advised not to ejaculate on her face unless it is requested
4. Nutrition: It has been found that sperm contain many nutrients and vitamins
that could be beneficial to your lady encounter, but if it is all up on her
face she may not be able to obtain those necessary nutrients…it needs to get in
her mouth – can’t have your cake and eat it too

4a. A subset of this last point was found later in that sperm has a lot of
calories and so having it on your face and not in your mouth may be benefit
those sorostitutes who are looking to drop those 6 lbs before formal or bathing
suit seasons

Pros:
1. Nut art: Ah yes the long time treasured art of ‘Nut Art’. This form of
artistic expression was invented by a friend of the co-author of this article (cough cough weeeee). The basic idea is that once the act of nutting on or around the general location of the woman’s face (or any place you so chose) is completed the artist takes a picture of the area(s) with a UV camera and thus the jizz is highlighted on whatever background it lands on…perfection
“Ž”‹2. Money shot-just sounds fun: Tell your friends…verbally, via text, via
Facebook, or tweet at them from your phone with a twit pic right as it happens
“Ž”‹3. Our studies have suggested it may reduce the chances of women’s breast
cancer by up to 50%

3a. This is a bold-faced lie….or is it?
“Ž”‹4. Makes having sex while pregnant safer, as ‘creaming’ is thought to blind
the fetus

This article was co-authored by: Jurasshole 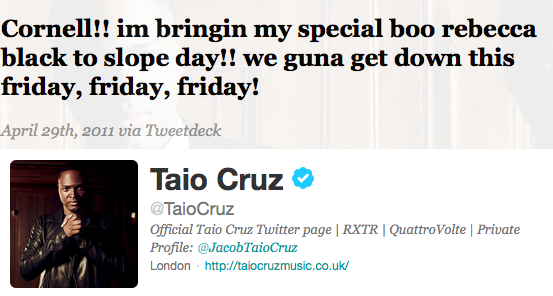 Let’s say hypothetically speaking your name starts with an A. You are used to getting butt dialed at this point in your life seeing as I’m sure you’ve had a cell phone since middle school. But, once you go abroad getting butt dialed has a whole new meaning. And mostly it has to do with... MORE »