In the wake of numerous South Campus apartment break-ins over Thanksgiving break and in recent weeks, the Syracuse Department of Public Safety announced in a press conference Thursday the hiring of child prodigy Kevin McAllister as a private security consultant. Mr. McAllister’s primary task will be to beef up anti-burglary measures in South Campus apartment complexes, which are being broken into and looted at an alarming rate comparable to post-Katrina New Orleans.

Thus, campus police officers turn to the services of an 8-year-old boy.

“I’m pleased and excited to join the Department of Public Safety team at Syracuse University, and can’t wait to get started.”

McAllister will be given an unlimited budget for refitting the apartments, which currently have locks on the front door, back door, and bedrooms. The boy wonder plans to use funds to purchase MicroMachines, paint cans, blowtorches and tar, among other various items, which he hopes will adequately protect the student housing.

“We’re gearing up for a fight. These are my apartments now. I have to defend them.”

“He seems to have a solid plan in place for thwarting these break-ins,” spokesman Weinstein went on, “We’re experts at sitting in cars on streetcorners of Euclid Avenue and leering at coeds, but this kid is just operating on another level. We’re really looking forward to learning from him.”

DPS earlier this week announced additional security measures to prevent crime. The two other entrances to South will be closed until the end of winter break, while the main entrance will still be open during the day.

“Mr. McAllister has been hired just as a precaution,” Weinstein said, “We’re pretty certain that putting a gate in front of some of the roads will stop any potential intruders. After all, whoever heard of a robber on foot? I mean, come on, that’s just ridiculous. Am I right? Come on, am I right?” 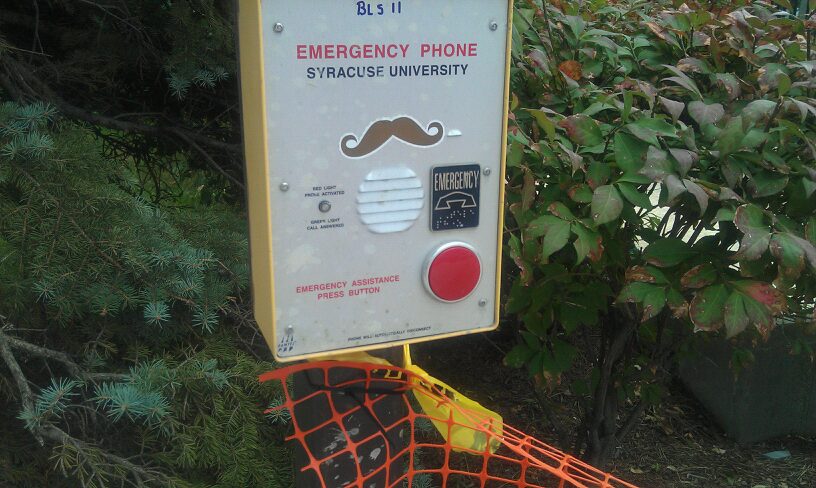