The 2012 Olympics in London are in full swing.  I know that because absolutely NO ONE will stop talking about every single thing that happens across the pond.  Never in my life could I have imagined that people could possibly be captivated by archery or left breathless by a gymnast’s floor routine.  Apparently, it’s all pretty interesting stuff.  It’s also been very controversial, starting with NBC’s decision to delay footage of major events until primetime.  But this latest conspiracy is sure to make an entire world lose sleep for weeks to come. 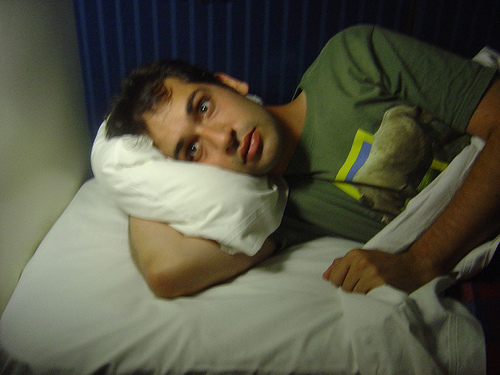 "Never have I been more intrigued by a shuttlecock in my entire life..."

Eight Olympians were disqualified from the 2012 games today after being accused of throwing matches.  ‘How is this not the news of the century?’ you might ask.  Did I forget to mention that they were in the Olympics for Badminton?  I’m already bored.  Are you kidding me?  Quality, wholesome picnic sports like horseshoes, slow-pitch softball and pie-eating contests seriously got beat out by this joke of an event?

But wait, it gets even more ridiculous, (even more ridiculous than adults dedicating their life to badminton).  After the playoff set up was changed this year from a standard bracket format to a round-robin tornado tag-team mess of mediocrity, the number two pair in the world was upset in the opening round.  Apparently, that in itself is enough to make everyone else jump ship and say, “it’s been real.”  So to avoid playing them earlier in the tournament, the Chinese and South Korean women’s doubles teams tried emphatically to lose, and it was hilarious.

A part of me says that what they did isn’t wrong.  Both teams had already qualified to move on, so a loss only ensured an easier next round.  Strategy, right?  But then I watch the video again, and there’s nothing right about this.  The Olympic Committee had no choice but to throw the accused parties out of the 2012 games in order to preserve the integrity of the noble game of badminton. 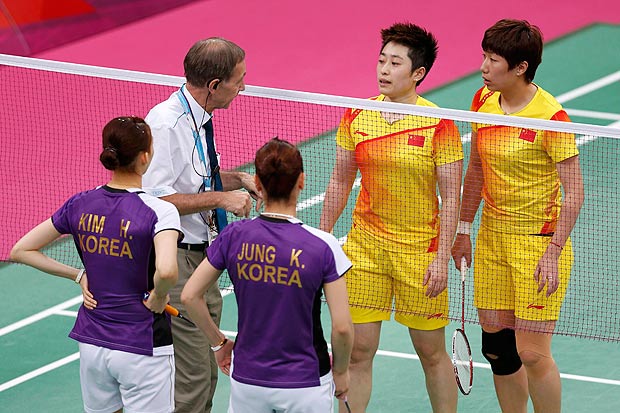 So now, instead of allowing them to continue on with a level of nonsense comparable to Monty Python, one can only assume that the closest Barbeque currently going on closest to the venue in London will be raided for their talent on the pitch and their mastery of the elusive shuttlecock. 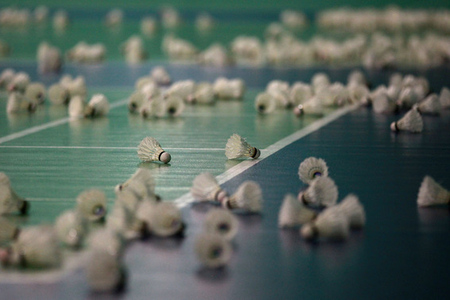 My bold prediction for the future: Cornhole will replace Badminton in the 2016 Olympic games, and the Americans will be the obvious favorites.  Not because we play Cornhole frequently, but because we’re AMERICA, and we’re better than everyone else at everything and will stop at nothing to prove it. Where the Hell Am I Right Now…

Academics? Campus Housing? Chat?! Where the hell am I? Don’t worry. You haven’t been drugged (yet). It’s our new site. The humor is still here. Or, if you didn’t think we were funny last year, the humor is NOW here. If you still don’t think we’re funny, I can’t help you. Odds are, you’re missing... MORE » Corporations prepare for the Entrepreneurship Club meeting with the upcoming Career fair…. and TRAPS!!! Entrepreneurs are now known as a celebrities in America as more students are dropping out and becoming tech millionaires.  All the Hummers, Beemers, and Mercedes that are parked outside Whitman tomorrow will not be from the rich children with trust funds... MORE » Im cured! alright. So Guess whats supposed to drop on November 22nd?Psht yeah like THAT wouldnt get leaked 2 weeks before…. If you havent guess it already, its Kanyes new album My Beautiful Dark Twisted Fantasy. And rightly fucking so, its twisted dark and fucking amazing. To be quite honest, my favorite album is and... MORE » Double Fist Pump!!! You miss out big time if you weren’t there MORE » atleast the cones are orange MORE »