As the second round of rush comes to a close for the
semester, we here at Campus Basement would like to take a look at the subtle
differences between Fraternities and Sororities. Namely, Bid Day; the single most-greatest best mindfucking
heartbreakingly emotional day of the Greek calendar for GDI hopefuls.

Girls (on guys bid day) ““ Oh, you didn’t get a bid to
that house? How sad”¦well, I guess I can’t associate with you anymore”¦

Guys (on guys bid day) ““ THE ANTICIPATION IS KILLING
ME I’M SO SICK OF SPEED-DATING BROS I JUST WANNA GET HAMMERED GOD WHY DO THE
BIDS NOT COME OUT UNTIL THE AFTERNOON?!?

Girls (on bid night) ““ “okay girls, we bought you all
some alcohol”¦but, here’s the catch: pledging is dry. Sooooo yeah, have fun with that.

Guys (the morning after bid night) – “¦what the hell
happened last night? This house
was so clean during rush, that’s why I wanted to be here, but how could it ever
have turned into such a warzone?
Well, I guess that’s why there are so many guys in the house, I mean,
they don’t expect us pledges to clean it all up by ourselves, do they? 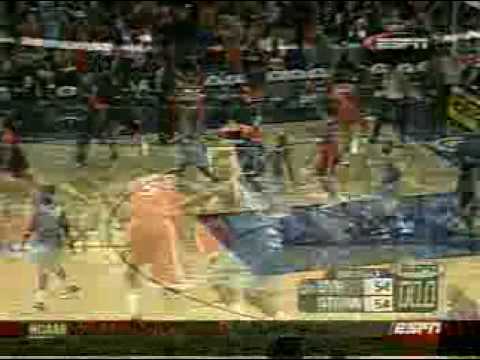 the man the myth the legend MORE » Syracuse Student’s Belief in Fantasy Creatures at All Time High

A recent survey of Syracuse University undergrads found that in the wake of Syracuse’s miracle upset over West Virginia, belief in mythical creatures is at an all time high. “If our football team just beat a top 20 team, then who says there isn’t such things as unicorns or an overweight white guy in a... MORE »

Bars at the cuse

Â Â  Â  After a hard-partying weekend at Syracuse University, Sophomore student April Stevens and her friends decided to devote Halloween Sunday to watching childhood Halloween specials on Youtube. “We remembered how much we all liked Boy Meets World, so we figured we’d watch its special. We forgot how terrifying it actually is. It shows Feeny... MORE »