Joe Pike, a freshman biology major, visited the Health Center this morning after a series of runny noses and an itchy throat over the weekend. Pike was prepared for a diagnosis of allergies or the common cold, but nothing could have prepared him for the news he received: he is pregnant.

“I couldn’t believe it,” Pike said. “I admit, I may have gotten a little out of control last weekend, but I don’t even remember having sex.”
If Pike is in fact pregnant, he will be the first male to bear a child in New York State.

According to Pike, it is going to be a while until he can have a doctor’s opinion.

To further complicate the dilemma, a Health Center representative said in a phone call this afternoon that there is only one doctor on staff.

“She is in Bermuda until July. When she is back, she will be available for appointments on Tuesdays and Thursdays from 1p.m. to 2p.m.”

Pike was not given any medication.

“She said that if I keep ice on it, take Advil, and gargle with salt water, I’ll be able to flush it out in no time. I think I’m going to keep it though.”

Junior student Patrick Brinkerhoff has papacapillorange, a rare disease that has only been diagnosed twice before in history. While people suffering from this disease generally lead mostly normal lives, they do suffer from one strange side effect: their blood is orange. Other symptoms of the disease include extremely sore throats, especially following particularly exciting sporting... MORE » Things are not quite what they used to be in Hinds Hall, home of Syracuse University’s iSchool. Apple inc., under new leadership, has decided to extend their brand and buy out anything and everything that bares a name similar to their products. The iSchool was not left behind. Apple states that they intend to keep... MORE » 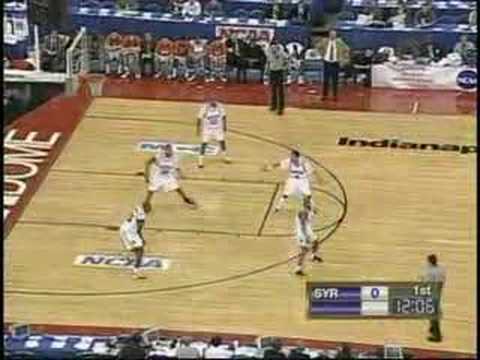 Where is the other team?? SU Basketball An individual close to the Chancellor said in an interview Friday that Cantor plans on customizing her Crouse-Hinds office to “better match” her size. This summer, the entire Chancellor’s suite will be gutted and refitted with lower ceilings, shorter doorways, smaller desks and chairs, and even scaled-down versions of Cantor’s favorite artwork. “We feel that,... MORE »