“‘On October 3rd, he asked me what day it was’ ‘It’s October 3rd,'” says literally every girl’s Facebook status.

Over the past few years, October 3rd has existed as a day to celebrate the 2004 hit movie Mean Girls due to its incredible quotability.  On this day, Facebook, Twitter, and Tumblr become littered with statuses and pictures referencing the last good thing Lindsey Lohan ever did. For some, it is the most eagerly awaited holiday after “National Pancake Day” and “Make Your Profile Picture your Doppelganger that Doesn’t Actually Look Like you but you Wish it Did Day.” The statuses fly up at the stroke of midnight, and even if all their friends did it first, girls everywhere continue to quote the same exact line over and over again.  If for some odd reason you haven’t seen the movie, don’t feel left out.  As long as you check your Facebook every hour or so, it will be just like you saw the whole thing on repeat!

This year has appeared to be the biggest of all, even boasting a few sexually confident guys who have joined in with “YOU CAN’T SIT WITH US” comments. Sadly, an excess of participation in this holiday has brought chaos to social media sites.  Thousands of “the limit does not exist” and “army pants and flip flops” tweets have caused the Twitter headquarters to explode, leaving a cloud of KONY, Chick-fil-A, and Kara Alongi hashtags lingering in the air. Facebook has completely malfunctioned, tagging everyone in copious amounts of pictures of sneakers and reverting back to old layout styles.  Even Instagram, a more exclusive social media outlet, is backed up with Cady Heron pictures to the point that there are no pictures of food to be found. With all these technical difficulties, moderators have been forced to temporarily shut down their websites.

Without these sites, students are being forced to do homework out of boredom, and people are slowly forgetting the dialogue to their favorite Mean Girls scenes.   However, technicians are working hard to resolve the issues as quickly as possible, hopefully allowing the celebration of this sacred holiday to continue.  If you are one of the few to not want anything to do with the festivities, don’t worry! You can join the other large demographic of Facebook users who have been making Mean Girls related statuses to complain about Mean Girls related statuses. 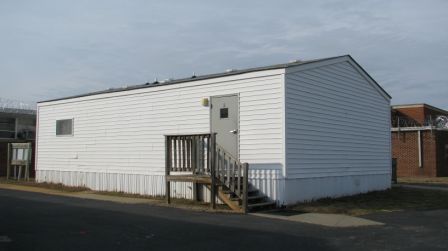