SOPA Fails Due To 8th Grader Changing His Profile Picture 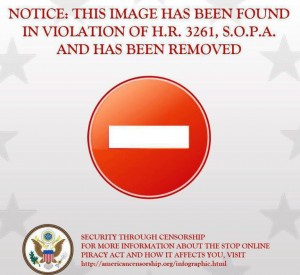 The Stop Online Piracy Act, a piece of internet legislation that has potentially dangerous consequences to the free flow of information online, was shelved Wednesday after a massive web-wide protest. Sites such as Wikipedia and Reddit went black, while Google, Craigslist, and countless other highly trafficked destinations posted notices informing their users of the bill.

Amidst all the petitions, boycotts, phone calls to congress, and demonstrations in protest, the true downfall of SOPA can be attributed to the efforts of local 8th grader Joshua Meltzer, who changed his profile picture on various social media sites to actively illustrate his opposition to the harmful piece of legislation.

“Wikipedia said SOPA is bad and will end the internet,” the 13-year-old said. “So I changed my picture on Twitter to say ‘STOP SOPA’ so Obama would see it and it wouldn’t get passed.”

Although President Obama played no role in the bill’s proceedings, SOPA author and primary sponsor Rep. Lamar Smith of Texas stumbled upon Meltzer’s profile picture and was so moved by the young middle schooler’s passionate opposition to the bill, he instantly withdrew his support and threw it out altogether.

“It was like a total moment of clarity,” Smith said. “I initially just wanted to do the right thing and stop people from breaking the law. All these boring letters in my inbox, phone calls, and gigantic internet-wide protests didn’t change that.”

“But when I saw that young boy’s new profile picture, I suddenly realized, like, ‘Wait a minute. I wrote a dangerously overreaching, shitty proposal that will inevitably hurt my country’s economy and have incontrovertible consequences on freedom of speech. What the hell am I doing writing internet legislation anyway? I don’t know an IP address from my asshole.'”

Smith then called the whole bill off and rallied his co-sponsors. “Screw this. Screw all of it. We’re going to Disney World!”

SEE MORE » facebook, pipa, protest, protests, sopa, twitter
◄ So You Slept Through Your First Week Of Class…
Random
Awkward and Awesome: Back to School Edition ►