Gone are our days of joking about the Syracuse football
team. Why? Because they conned me out of $25.

Two Saturdays ago, during Homecoming, I galloped to the
Dome, excited to be back at “Cuse and, more importantly, to finally see a good Orange football team. However, the Orange had other
plans, and just like during my four years at Syracuse, I couldn’t make it past
halftime.

Fast forward to two days ago. The Orange travel to
Morgantown, West Virginia to take on a Mountaineers team ranked 19th
in the nation. And, in a weekend full of upsets, the Orange routed WVU 19-14.

Many attribute the win to solid play, but I have another
theory: the team has been reading what CuseMyCampus has said about them in the
past and they were pissed off, so they decided to exact revenge by reminding me
of my four years at “Cuse. And not just me, the entire Class of 2010 who
dedicated countless hours bitching about the team, making T-shirts about Greg
Robinson, and pretty much hating all things football. Hell, some of us even
said we preferred to watch women’s basketball!

(Ok, maybe no one went that far. But I digress.)

TouchÃ©, football team, touchÃ©. You have earned my respect
and I wish you luck as you most likely enter bowl season. To everyone currently
enrolled in “Cuse, I urge you to do what the Class of 2010 never did: attend
the games. Tailgate, buy tickets, and cheer the team on.

Just make sure no one from the Class of 2010 or CuseMyCampus
is there.

SEE MORE » 21, class of 2010, cusemycampus
◄ All Cornellians are required to take a 1-credit course on personal finance
Random
Syracuse Student’s Belief in Fantasy Creatures at All Time High ► 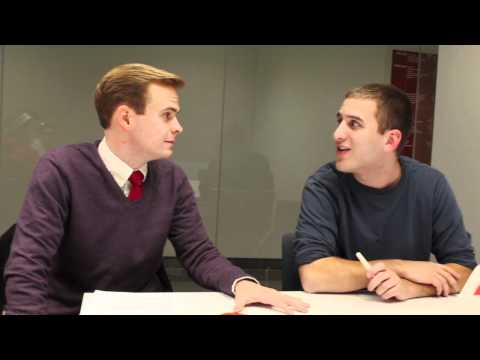 What happens when you practice a script for only 5 minutes, shoot a video for your first time, and have some award winning thespians? This… this is what happens. MORE »