The name poodle is synonymous with flamboyant dog show excess to most. It conjures images of uber-groomed monstrosities, sporting bouffant and leg-warmer hybrids best left to rot in the 1980s. Poodles are a perfect breed for the persnickety. They come in three size categories and the owners can sculpt their shape as they desire. Poodles are also a big hit with the asthmatic/immuno-spastic types because their coat is hypoallergenic. Basically, that puts the ideal owner at the crossroad of finicky and feeble. These are not bullet points on the resume for ideal drinking buddies. However, what they should be known for is not what you’d expect.

Some of the poodle’s early history is most faithfully detailed in war memoirs, even by Napoleon himself. The poodle’s role was primarily that of a morale-boosting mascot, but multiple accounts captured the breed in acts of gallantry that makes Lassie’s attendance to Timmy in the well glorified babysitting. There was a particularly rich history about a poodle named Moustache who was not only credited with detecting an Austrian spy (saving his company from surprise attack), but freeing the regimental colors from a mortally wounded ensign in order to deliver it in triumph to the front lines. Michael Bay would cream himself getting to capture something that bold and evocative on film, provided he was allowed to release a towering napalm explosion in the background. Speaking of Michael Bay abortions, immediately following the WWII attack on Pearl Harbor, the U.S. military selected the poodle among a very limited set of breeds to augment day to day defenses (guarding forts, munitions plants, etc.) and even solicited help finding them.

The poodle’s roots run just as deep as a hunting dog, as their speed and keen senses made them particularly valued as bird hunting companions. The now stylish “Poodle clip” complete with pom-poms of fur was an evolution of a cut done by hunters to help the dogs move through the water more efficiently. Earlier iterations weren’t quite so fanciful:

The patches of hair left on the body are meant to protect vital organs and joints which are susceptible to cold. It also draws attention from the shame in the poodle’s eyes and appeals to the hunter’s seldom indulged metrosexuality.

So the next time you think to yourself that a poodle is a wimp dog,  they’re thinking the same thing about you, calling you a wimp human. 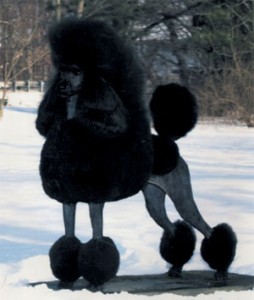 It’ll kill you before you have a chance to laugh 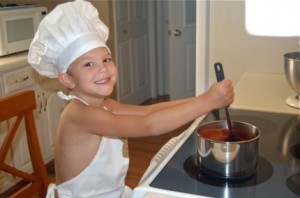 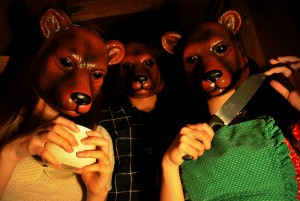 With the start of a new semester, there are many questions that pop into students’ minds. Will my classes suck? Are there hot freshmen? Should I go out this Thursday? Well, these questions are easily answered. They’re all yes. But the real issue at hand, the one question we are all waiting for an answer,... MORE »