Besides the stars and stripes trend in fashion, the Cards making it to October, and our God-given right to buy 64 oz. cups of soda, there is another reason to love AMURRICA. Guilt forces us into a high school gymnasium, patrolled by the local Council on Aging, to check off a box on a sheet of paper in a confined booth, constructed with spare wood and glue by Cub Scouts. Ahh democracy.

Like most American voters, here is what I know about this 2012 election: There are two guys. One is president now. That one is Indonesian. The other is into baseball. Now I need to decide who will lead the free world for the next four years.

So with my journalistic inclinations, I decided to poll the WashU student body to see which candidate people are voting for come November. The most common answer I received was neither (which must be pretty awkward when you enter the voting booth. It’s like when you pretend to go to the bathroom just because all of your friends are. That’s probably just a girl thing.)

After proceeding with my follow-up question of “why?” there was a consensus of why neither candidate was qualified for the position of POTUS. Let me elaborate.

Part One: How can you trust Mitt Romney’s judgment if he thinks we are still living in the age of prohibition?!

“I don’t know what this dude is up to man, but I know what he ISN’T doing- getting drunk. Look, how can you represent the American people when you are a virgin to a life of shot gunning, urinating in public, and accidently drunk texting ‘Mom’ instead of “Meg’? He was probably that over-enthusiastic suck up in class, who was the only student not hung over on Fridays. In spite of Mitt, I’m pregaming before I cast my ballot.”
-College student who just threw back an Irish Car Bomb in celebration of Tuesday afternoon

“Bush Jr. and Clinton were fucking rock stars. Through the associative property, I have essentially been black out with GWB. Man that dude was a tank. He just had so much unwarranted confidence in office- like I have after four beers. I loved it. And then there’s Clinton. Every fraternity brother has a Billy in the house. Just a sly dog you can’t help but love anyways. Don’t get me wrong, I feel bad for my friend’s Hillary, but jeez, Monica’s 1,2 and 3 have been smokin’. This dude just understood the hardships for smooth talkers with great eyes like myself. This year however, we’re left with Cheech and Jimmer [pre sex scandal] on the ballot. I just really can’t see myself being friends with either candidate.”
-College student in a neon tank top and a koozie in his back pocket, only bringing a pencil to class.

Part Two: The Weakest Link of the Obama Family

“People Magazine has really changed my political leanings this election. I am definitely an Obama supporter, just not a Barack supporter. Michelle? Bo? Malia? His illegal aunt? Barack has nothing compared to their pizzazz and gumption. I trust Bo Obama with my life. His aunt may not have a visa or a green card, but at least she understands the struggles of the working class. Instead, the Obama running for president is an ivy-league prick, who prances around with his ukulele, rolling joints with taxpayer’s Benjamin’s. I hate politics.”
-Tabloid junkie with a “Recovering Democrat” pin on her backpack

“I just think Michelle would do a much better job. I mean her biceps alone spell out US foreign policy. ‘Tread softly and walk with a big stick’ has now evolved to ‘these guns killed Bin Laden and can take you down too’. I don’t have faith in the runt of the family telling China they cant send us broken toys any more.”
-Some chick that made me spot her bench press during the interview

I don’t mean to dissuade you from your enthusiastic tweets and Facebook statuses about presidential candidate A or B, but some of your classmates just aren’t as in love as you may be.

But I can tell you one thing WashU students were in agreement on. Every interview ended with, “oh yeah and Todd Akin is a douche.” This slight, unfortunately, goes above Akin’s head, for he is unaware of the original purpose of a douche. 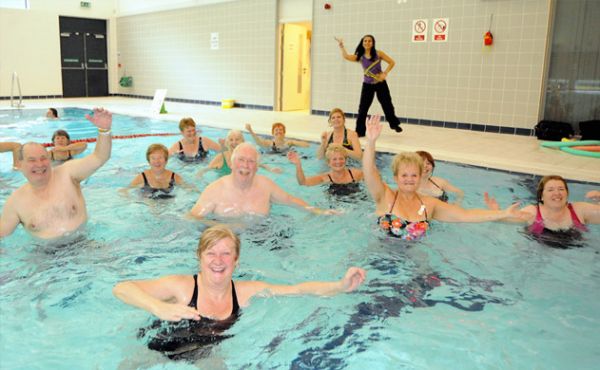 Not Another Finals Article!

Suck it up readers. This is all I have on my mind. Sorry for being lame. So, my WashU comrades, it is that time of year again. Christmahanakwanzika, you ask? Of course not. Its finals season, baby! Refills on Adderrall prescriptions have been placed. Textbooks have been dusted off. Study rooms have been reserved. Time... MORE » Though February is still months away, cupid’s arrows reign down on the Danforth Campus, hitting students in the heart, resulting in genuine friendship or true love”¦ or more likely in the groin, resulting in drunken hook ups. Most naturally, the WashU student body feels the need to share these relationships with the World Wide Web.... MORE » Breaking news. After an upheaval from undergraduates regarding WashUâ??s superfluous spending, Chancellor Wrighton held a press conference to clarify where tuition money is going. Most of this chaos is surrounding the annual â??Tulip Maniaâ?. For all of the froshies that have yet to witness this phenomenon and think that gothic architecture and top tier education... MORE »