When did popped collars stop being cool? 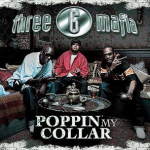 In junior high, you knew who the cool kids were. They had the coolest spot on the playground at recess, sat at the back of the bus, and popped their collars. Those young’ns looked fresh!

Then a disaster occurred. The clean-cut, preppy look was replaced with the grungy, skater look. Everyone put away their Abercrombie polos and started shopping at stores like Vans and Zumiez. Even more awful, people who wore polos and popped their collars were shunned by society!

Thank the pastel gods though, reader! After almost a decade of hibernation, the preppy look is making a comeback in full force. You can’t walk on the Syracuse quad without being blinded by polos from Ralph Lauren and bright skinny jeans from J. Crew. When you look at everyone’s feet you probably wonder if Syracuse has a yachting major.

Campus Basement conducted a poll among Syracuse prepsters asking them what the next big fashion fad is going to be, and the results are in…

An overwhelming 93% of the Syracuse preppy population voted for the return of popped collars! Everyone is excited about it since ever since anyone can remember, they’ve been popping their collars! The snow is gone. The grass is getting green. Students are free to walk outside. Just don’t walk on the grass. On Monday, freshman English and Textual Studies major Sharon Jones was in a hurry as she entered the quad on her way to class. The sidewalk was crowded, since classes had just emptied, and... MORE » I Like It On The Table While Reading CuseMyCampus