“Women are just as good at sports as men,” said Connie LeRue,
adding, “It’s unfair to women at Syracuse, nay, around the world that our sports practice field has such a masculine
name. It’s Hitler-esque.”

SU officials remained unmoved by the protest, but were as
respectful of the feminist protestors as possible. “What the FUCK are these
idiots talking about?” asked Jackson Moreno, one of the respectful SU
officials. “Number one, Manley Field House was named after the man who funded
its erection. Number two, women are not even close to men when it comes to
sports. Have you seen our women’s
basketball team? Atrocious.”

The feminists, unfazed by Mr. Moreno’s lucid comments, have
declared that they will be camping out in the Manley parking lot until their
concerns are taken seriously.

“Good luck to them,” said Cinco. “They have about as good a
chance of being taken seriously as our football team does. And they’re men!” Freshman POV: Ernie Davis Hall is Not For Peasants

Some of us live in poorly renovated skyscrapers, others reside on the outskirts of the ghetto, but only the Kings and Queens of Cuse get to live in the fabled Ernie Davis hall. While using the pristine new bathrooms in Davis, one can almost feel the exhilaration of literally shitting on all of the other... MORE » 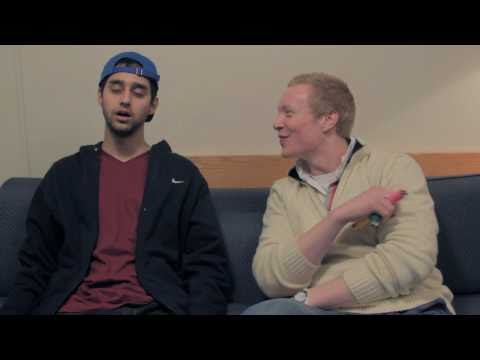 Being a Born-Again has its perks. MORE »

A recent study shows that 100% of students enrolled in SUNY College of Environmental Science and Forestry are anti-vegetarian, or meatatarian. This means that they will never, under any circumstances, eat a product that is growing from the earth. No lettuce, no tomatoes, nothing but meat and fish. “Most times,” says ESF student Erik Shelby,... MORE »

Bitchin Music Thursday – DJs, mashups and all around rage music

Hayyyy!welcome back! How was your break? I really dont care. Im just so happy its spring semester. Now instead of seeing snow in my future, I see snow (apparently, spring doesnt exist here – but what do I know? Im just a freshman). So nothing has changed, except for the picture, I just like this... MORE »

Hover over to learn more! MORE »