Hail to the Can Fairy For years now, Euclid and its associate streets have had the privilege of the Can Fairy. Nobody knows when the Can Fairy comes, or where he comes from, but everybody, whether they are aware or not, benefits from the Can Fairy’s services.

“It’s the craziest thing,” says Madison Goldberg, a senior living on Sumner Avenue. “We throw parties all the time, and usually people just dump their cans on our lawn when they leave. But the next morning, the cans are gone!”

“I don’t know who he is and I don’t know where he comes from,” claims Joe Fernandez, adding, “but I do know that my roommates and I could probably have bought a house with the amount of littering fines we would have accrued without the Can Fairy. Which is ironic, considering that he probably doesn’t even have a house.”

While the origins of the Can Fairy are largely unknown, most people agree that he travels on a tattered bicycle, wears raggedy clothing, and most likely lives in the streets. Several theories exist as to why he feels obliged to clean the cans from people’s front lawns. Cynics believe that he takes the cans in order to get money for booze and crack. Others think that he is attempting to construct a house of cans, which he will then occupy. But the dominant theory as to why the Can Fairy does what he does is: for every hundred cans he recycles, he lives for another hundred years and is able to recreate clones of himself through can meiosis.

Then again, the cynics are probably right. Who Made A Cardboard Cut-Out of the Can Fairy?

The can fairy doesn’t recycle! He brings those cans in for cold hard cash! MORE » Remnants of the Can Fairy 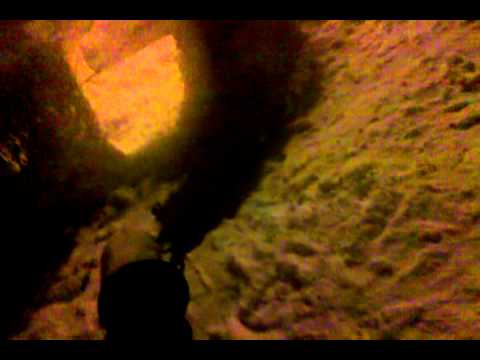 We have cheerleaders… on collegehoops

Syracuse was featured as Cheerleader of the Day! https://www.collegehoopsnet.com/cheerleader-day-syracuse-42014 MORE »

Do you like cotton candy? Do you like snow cones? Do you like popcorn? Do you like music? Do you like drinks? But most importantly…Do you like Justin Bieber?! Well then head over to Watson Hall for an epic time! From 4 PM to 8 PM, you’ll find all of those goodies right outside. We may... MORE » How to Instantly Become an SU Veteran A few weeks ago it was announced that Syracuse University would increase its number of Blue Light systems on campus. For those unaware, the Blue Light is for emergencies, like when you’re being chased by a serial rapist or you fear you’re being followed or when it’s “fuckin’ balls cold and I don’t wanna walk... MORE »