Ok, so with all of this stuff going on, with SU Showcase on the 19th, then this site trying to get something on the 20th and then the official SU Mayfest on the 30th, I have no idea when the actual Mayfest is going to be. My solution to this problem is simple: I am going to attend all three.

I’ve already heard that people are going to have parties on April 19th, since that’s the day of SU Showcase. Nobody actually cares about that, and most people will be on Euclid. So there’s that.

Then, the guys on this site had tried to get something going on the 20th. And then DPS and the LAME Mayor shot them down. But I don’t think we can let their efforts die in vain. So I hope people who live on Euclid (I don’t, I’m living on campus) will open their lawns to their fellow SU students. I know that they’re saying that DPS and the police are going to shut stuff down, but honestly if there are enough of us they’ll have no choice but to let it happen.

And then there’s official Mayfest on April 30th in Walnut Park. And while I can’t drink at that, since I’m not of age, I’ve also heard that there is going to be something going on on Euclid on THAT day.

So as far as I know, there are three Mayfests going on. Somehow, by trying to ban Mayfest, SU inspired Mayfests all over the place. Who woulda thought? More importantly, who’s with me? 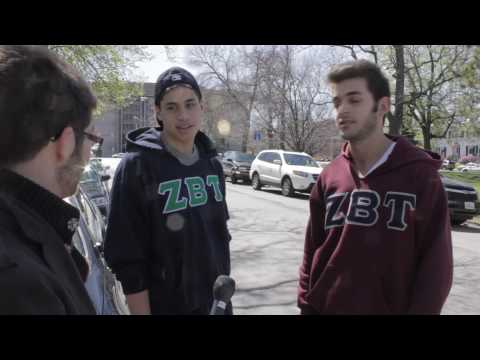 Is it weird that I know everyone in this video? Ill Production Videos – Check out his profile at https://www.facebook.com/illproductions MORE »