Lots of cool stuff happened this semester. It just didn’t happen at Syracuse. In any event, here’s what did happen at ‘Cuse.

Man v. Food: Adam
Richman and the crew of Man
v. Food visited Syracuse, NY this semester, eating at everyone’s
favorite establishment, Dinosaur Bar-B-Que. Richman, famous for his ability to
consume massive quantities of food, set a new record in Central New York:
shortest waiting period at Dinosaur Bar-B-Que. (His wait time was 1 hour, 14
minutes, nearly half the time it usually takes to get a table.)

Juice Jam: Rapper
Lupe Fiasco headlined Syracuse’s September festival, “Juice
Jam.” A survey has gone out asking students to vote for an artist to
play Spring semester’s “Block Party.” Potential headlining artists
include Vampire Weekend, Maroon 5 and Weezer. Unfortunately for fans of rock
music, Nancy Cantor has already declared Kid Cudi a shoe-in and issued a
statement that a rock artist won’t headline Block Party even if “Elvis
himself rose from the dead and showed up at the Carrier Dome.”

Molly: The purest
form of MDMA, known colloquially as “Molly,”
increased in campus usage. Users of the drug could not be reached for comment
because they were too busy “trying to lick that rainbow!”

The
new Shaw Quadrangle: Syracuse University
renamed its main quad after former Chancellor Shaw, creatively calling it: the Shaw
Quadrangle. So now when students sit out on the green, they will use the
term “Shaw Quadrangling”(ie, “Sarah and John enjoyed crumpets
and tea while Shaw Quadrandgling between classes.”), earning Chancellor
Shaw royalties for every usage of the term – because if there is one thing the
university loves, it’s raking in money in every way possible.

A
spike in crime: From the recent burglaries
on South and East Campus to the random shots fired from East Colvin to
Westcott, the crime
in Syracuse has gotten closer than ever to the university. Compounded with
early morning gun stickups in Thornden, SU has gotten its fair share of crime
this semester. Nonetheless, nearly every SU daily email
remains solely concerned with the basketball
team‘s success; it’s nice to know where our school’s priorities are.

Whizz
Kha-leak-a: November tickets to see rapper
Wiz
Khalifa were sold out in less than 3 hours, one of the fastest sell-outs in
recent memory at Syracuse University. Not taking his name literally, students
were disappointed when the hip-hopper’s entire concert consisted of songs from
the 1978 musical “The Wiz” accompanied by urination streams and flushing
urinals. When asked what inspired him to write the hit song entitled
“Black and Yellow,” Wiz Khalifa responded, “the inside of my
toilet bowl.”

Pinstripe
Bowl: In what has to be considered one of
the greatest turnarounds in collegiate sports, the Syracuse football program
went from one of the worst to”¦well, not one of the worst. The Orange will be
playing in the first ever Pinstripe
Bowl at Yankee Stadium against Kansas State. Said Greg Robinson of his
former team’s success: “Yeah, but I loosened the top first!”

How to: Get a Drink at Chucks

Step 1: Arrive at the front door and have the bouncer stare at your I.D. for way longer than normal. Looks like your pre-teen attempt at a beard makes you look like an idiot they don’t want in the bar. Either that or they don’t know how to do birthday math. Probably a combination of... MORE »

SUA Named Best Ambulance In All Of Syracuse University

Tuesday morning was a glorious day for SUA. The Syracuse University Ambulance core was finally lauded for their outstanding achievement in first response and overall patient treatment, receiving the “Best Ambulance In All Of Syracuse University Award.” Some puzzled students wondered, “How many ambulances are there at Syracuse?” Kim Reeves, an junior biology major asked,... MORE » 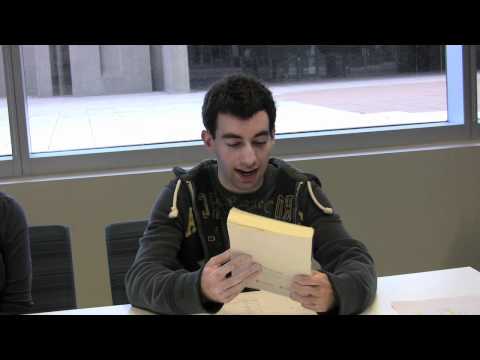