As indicated before, a recent poll shows that 99% of the Syracuse University population feels that Newhouse contains the most arrogant students on campus. I wonder if a separate poll would show how many of these students live at University Village Apartments on South Campus, because those kids truly believe that no one can even compare to them.

For those of you who are too scared to leave main campus, the construction of the University Village Apartments on South Campus was completed in August 2009. These “luxury apartments” have either 2 or 4 bedrooms. Each apartment is fully furnished and even have their own washer and dryer (no, they are not coin operated).

Jessica Smith, a senior Sports Management major, couldn’t imagine living anywhere else. “I feel really bad for the regular South Campus residents, especially those on Small Rd. I don’t know how they survive with laundry being so far away. They must go through their entire wardrobe twice before going to do laundry. Disgusting.”

Not only do residents at UV have their own personal laundry room, but each bedroom has its own bathroom. When asked what’s the best part of living at UV, Jason Wyatt, a junior Psychology major, quickly responded “The kitchen is ridiculous. We’re always playing beer pong on the island and have two games going at once. And with no RA’s to bother us, it’s great!” Jason made it known how he felt about non-UV residents. “Why would an upperclassman live in a dorm? Or even in the basic South Campus apartments where you have to put ice over the thermostat just to get the heat on for a few minutes? Anyone who chose not to live at UV this year, is going nowhere in life.”

There’s no denying that these apartments are amazing, but at what price? $850 a month is pretty up there when compared to houses on Euclid. Apparently, they don’t even get to watch all SU basketball games! And let’s be honest, unless you plan on living with your parents once you graduate, you’re not gonna have anything like this again anytime soon. 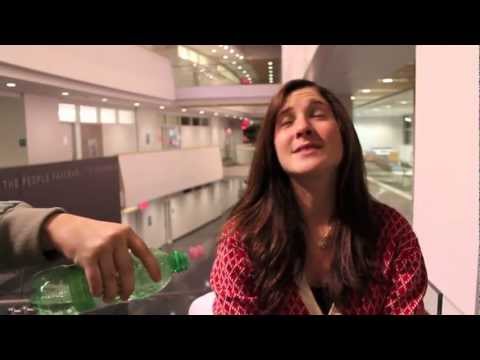