Madison Bergeron, 14, has a message for Victoria’s Secret: It’s time to bring gender equality to lingerie. The Oberlin, OH eighth grader was moved when she walked into her room to find her little brother Horton trying on her lacy, bow-adorned bra from Victoria’s Secret’s “Angels” line. When Madison saw him, he blushed and scrambled to cover up with a bed sheet. But Madison told him he had nothing to be embarrassed about.

“Horton watched the Victoria’s Secret fashion show with me tonight and kept telling me how pretty the models are. I feel that their use of only female models sends a clear message: women wear bras, boys don’t. I think this is wrong. I don’t want Horton to think he can’t wear pretty underwear just because he’s a boy.”

As a result, Madison wrote to the lingerie company asking them to feature males in their fashion shows and catalogs:

Madison follows in the footsteps of superkids McKenna Pope and Jennifer O’Connell, who petitioned Hasbro about gender inequality in Easy Bake Oven ads and the board game Guess Who? Hopefully these letters will inspire more girls to write similar letters, each one making headlines in major newspapers and going viral on Facebook.

Miskatonic University Gender and Women’s studies professor Meg Soggoth is delighted that young girls are finally taking an active role in fighting sexism: “I think every single toy and garment commercial, catalog and package should feature at least one boy and at least one girl of each ethnic group using the product. Consumers respond best to advertisements that feature people who look like them, and may feel weird if a product’s advertising doesn’t validate their personal preferences. Then they might not ask their parents to buy them that product. And that would be a tragedy.”

Prof. Soggoth also commented on the Swedish Toys “R” Us Catalog that recently made headlines for showing girls playing with Nerf guns and boys playing with baby dolls: “Sure, that was a step forward. In my day, girls used to be beaten up regularly for playing with water guns and the like. But I think there were too many white children in that catalog. It needed more diversity. Also, I’m not too happy about all those violent war toys. They should take those off the market.”

◄ No, Your Colorful North Face Backpack Doesn’t Make You an Individual
Random
December Just Wants to be Hot Like Victoria’s Secret Angels ► 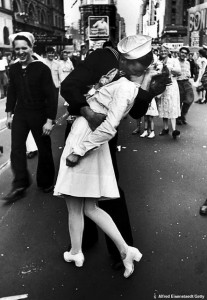