In response to an alarming string of violence in the Syracuse campus area in the past few weekends, the Department of Public Safety and Syracuse Police Department created a new initiative to break up every party on campus and the outlying areas. The brilliant initiative yielded immediate results, as violent crimes went down 350% in the last week.

The night streets have been bloodless and filled with hordes of “kind of drunk” students that were “just about to get on their level” before they were kicked out of the party. There have been no reports of unknown perpetrators assaulting students at their own parties, and definitely no news of stabbings in restaurants on crowded streets.

And it’s all thanks to the good work of Syracuse’s finest.

“We’ve effectively shut down most of the Syracuse party scene,” said officer Joe Thomas of the Syracuse PD. “We send these students out into the dimly lit streets, tentatively walking around dark corners like a herd of cattle waiting for a slaughter that will never come. Underage drinking at a progressive 14,000 student school simply cannot be tolerated.”

Thomas said the idea came to the department after the release of a new study that shows a direct correlation between the number of house parties and the number of violent crimes on college campuses. The correlation was particularly high within the a cappella/theater kid demographic.

Students have expressed unguarded enthusiasm about the new system.

“I love it,” said freshman Johnny Walker. “I have a good amount of alcohol in my system, and I get tossed out to wander aimlessly in what used to be a gang hotbed before Public Safety made it so much safer.”

Thomas said the ultimate goal is a dry Syracuse campus with no violent crimes. According to departments projections, violent crimes should drop about 175% per week for the rest of the fall semester if the party busts continue. Thomas anticipates that all violence in the Syracuse campus area should disappear by Thanksgiving.

“This campus is rapidly transforming into a place where anyone can freely and safely walk along any street alone at night,” Thomas said. “If we keep shutting these parties down, especially the ones those a cappella kids throw, this campus should be a utopia in no time.” 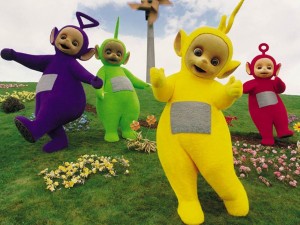 DPS and Syracuse PD’s vision of a dry Syracuse campus