Guide to Getting a Job

Hey, Class of 2012, guess what! You have about a month left to either A) get your shit together and find a job, or B) convince your parents that the Mayans were right and you’ll all be dead this year anyway so getting a job is pointless.

If you’re capable of pulling off B, then you’ve probably already found a job as a politician or lawyer. But if not, then all you’ve got is A. Now it’s not gonna be easy, but I can help. Just follow these tips and you’ll be climbing that career ladder in no time. I just can’t promise that you won’t want to throw yourself off of it shortly thereafter.

Photo by St. Albert on Flickr
SEE MORE » applications, careers, cover letters, employment, graduating, graduation, interviews, jobs, resumes
◄ One Liners of the Week
Random
The Answer to “What should I wear today?” ► 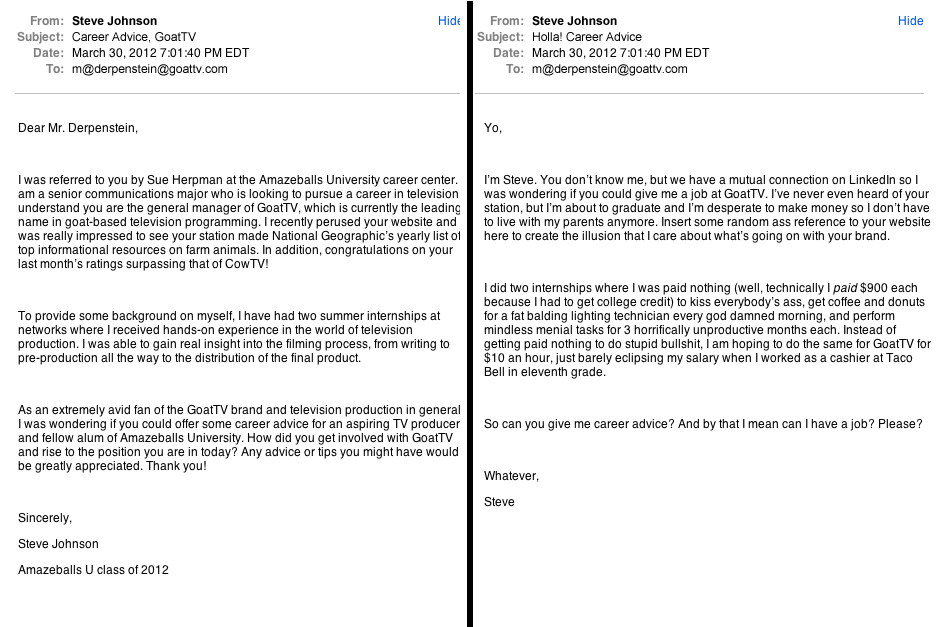 Networking Letters: What You Say vs. What You Mean

Networking is tough. As any college career center will tell you, “It’s not what you know, it’s who you know.” Unfortunately for you smart people out there, it’s true! You don’t have to know anything to be rich and successful. Just look at Kim Kardashian. Getting a job or your own TV show about your... MORE »

Basement Readers, Allow me to introduce myself. I am 26 years old. I’m a white, middle class, 99-percenter. I have a bachelor’s degree from a petty good undergraduate institution. In other words, I’m average. I have worked jobs in every field you can think of (including working in an actual field), but this booming economy... MORE » 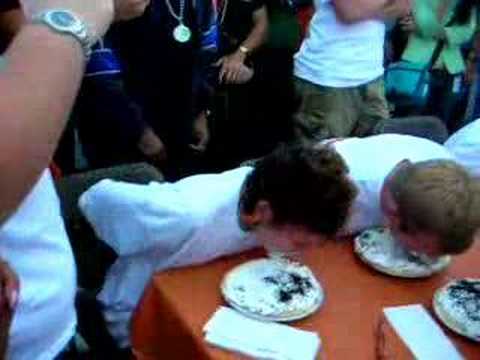