Dear Cuse Me Baby,
My
name is A**** M*****, I am visiting Syracuse University from Indonesia.
I like it here very much. I wish that I was permitted to stay longer.
Except for the food. It all makes me want to vomit. My question: When my
Indonesian friend, A** E****, comes to visit my room, sometimes he
stays until late at night. It is so cold in Syracuse he does not like to
walk back to his room. Therefore, I let him stay in my bed with me. My
American room mate, M*** N*****, told me that people in America will
think that we are homosexuals if we sleep in the same bed. There are no
homosexuals in Indonesia. How can I convince my room mate, M*** N*****,
of this?

Mr. M*****,
I’m
going to introduce you to two American concepts, privacy and personal
space. Privacy lesson number one: don’t send me potentially embarrassing
stories including the full names of everyone involved. Personal space
lesson number one: your roommate, M*** N*****, may have a point. Those
dorm room beds are so small that when two people attempt to share one,
it’s almost impossible not to accidentally have sex. It’s one of the
only advantages to living in the dorms. Fortunately, I do not agree with
your roommate, M*** N*****.

I
think two straight guys spooning is totally not gay, but what I think
doesn’t matter. In America, if anyone ever accuses you of doing
something gay, you must use as much twisted, flawed logic as possible to
prove that it’s not gay. SU guys love to argue about this. I would
venture to say that about 75% of male conversation is on this one
subject.

If you doubt me, hang around a dorm for the inevitable goat-fest that follows every showing of the movie Waiting.
It raises the eternal question, is it gayer to look at a man’s penis or
to show a man your penis? The debate rages on (it’s way gayer to look).
Here are two examples.

My
friends think that if your girlfriend were to put a dildo into your
butt, that’s gay. In fact, anything involving your butt is gay. A finger
in the butt during heterosexual, penis vagina sex is gateway gay. I’m
on the other side of the spectrum, believing that anything done between a
man and a woman, by definition, can not be gay. I’m willing to take it
even further. If 10 nude men are listening to the Jonas Brothers while
circle jerking to the UFC, it’s not gay if there’s at least one girl in
the room. She doesn’t have to be participating. She just has to be in
the room and aware of the situation.

Hypothetically,
you’re wrestling with your buddy and get a boner (why isn’t important).
He freaks out because that’s really gay. But is it gay?

Fact: Erectile dysfunction is very emasculating (unmanly).
Fact: Wrestling is all about exerting dominance.
Fact: To exert dominance, you must be more manly than your opponent.

So it follows…
Since
the ability to have an erection is one of the most basic requirements
of manliness, boners while wrestling shouldn’t only be allowed, they
should be required. So, any boners associated with exerting physical
dominance over another man can not be gay.

Note:
“There are no homosexuals in Indonesia.” I have made a conscious
decision not to address this. I don’t think I’m qualified, and I don’t
think I could make it funny.

Send your questions to: cusemebaby@cusemycampus.com

It’s Christmas time, and the Parkour bros are ready for action! MORE » 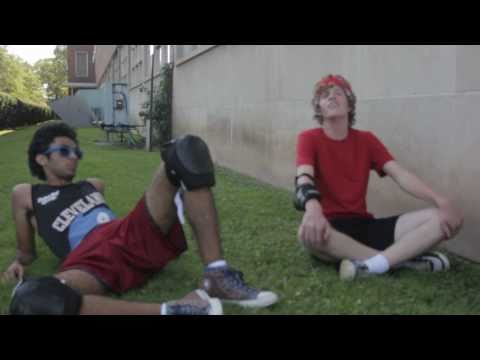 Deleted scenes from one of our cooler movies, Hardkour Parkour. Just as good as the original? Watch to find out! (And enjoy Joshâ??s bowel-churning shenanigans.) MORE » 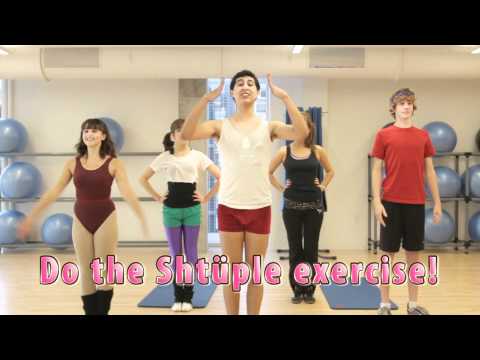 If you liked this video, please vote for it and help Humor Whore fight breast cancer through laughter: https://youboob.feelyourboobies.com/contests/showentry/509589 MORE »

Here’s one for the Plan B pill… MORE » 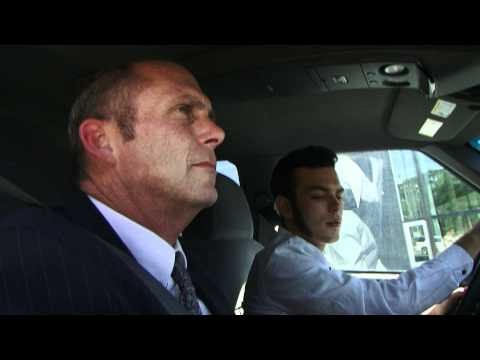 Who Haven’t You Slept With?!

Dear Cuse Me Baby,My boyfriend and I were discussing our “numbers” the other day when he told me that he’s only had sex with one girl. I’ve had sex with more girls than that, and I consider myself someone who only has sex with guys. I was worried about what he would think about my... MORE »