While Bryant
Halloweens are notoriously wild and thrust a plethora of poorly prepared
college students into immediately regrettable decision making, they also expose many
others to a world they scarcely know and would love to be a part of for just
one (or two, in Bryant) night. My point is that by dressing up in attire that would be tiny on Blue Ivy Carter, these girls are in no way conforming to a sexist and demeaning world; they are exhibiting enviable character qualities that many other women should
follow. If all women emulated these epitomes of strength and discipline, women
would rule the world. Take my word for it.

First, every girl
knows that before they step out in any form of revealing clothing, a strict
regimen of dieting and exercise would need to be followed. While other judgmental
girls let their leg hair grow and their muffin tops rise in anticipation of the
body-swallowing comfort of winter gear, these girls are in the gym three hours
a day, seven days a week working their asses off”¦ literally. While “self-respecting” girls are stuffing their faces with $5 foot-longs courtesy of
our very own, ever-convenient Subway (how did you lose weight at Subway, Jared?), these “hos’ were counting their daily calorific
intake and making sure they get their daily vitamin requirements and fiber intake
to boost bowel movement. Let’s face it; the “sluts’ are probably the healthiest
girls on the Bryant campus. Their actions only show dedication, remarkable
self-control and self-discipline and an inner strength that surpasses most of
our gender. If I had the exceptional characteristics that allowed me to pursue
sluttiness, I would probably be out there strutting my stuff too.

Secondly, these girls
dress this way with full knowledge that the ever-petty members of their
gender would be judging them (even the similarly-attired; apparently,
there’s some sort of scale that differentiates levels of “sluttiness”). However, these girls put aside the opinions of others in order
to pursue their goals. If this is not an attribute worthy of note, I do not
know what is. How many women have dared to stand up for what they believe in? (No, seriously, I’m asking. I didn’t feel like doing the research.) Every second that these girls essentially flip off public opinion, they are
making a statement. My body, my decision,
my life, so go screw yourself.

Finally, these girls
are evidently genetically superior to the rest of the female population. Not
only are they fucking hot (that’s the scientific term, coined by Charles Darwin in his book On the Origin of Fucking Hot Species), they also obviously do not feel the effects of
extreme climatic conditions such as freezing temperatures, snow, sleet, rain,
hail and hurricanes. And they weather these storms in heels. In my opinion,
that makes them superhuman.

So to the guys, the next time you see a scantily
dressed girl in the townhouses, tell her how truly amazing she looks (because
she probably does). Girls, same goes for you. If we stop hating each other for no apparent
reason and stop calling each other names, we can take over the world, one hottie at a time.

I have adapted Rage Comics for Sports…I will be making many of these. They are funny. LAUGH! MORE » Thesis: Mario Kart as an Emulation of Marxist ‘Communist Manifesto’

Senior Sociology Majors Mario DiGiorgi and Daisy Jepsen teamed together to reveal a stunning discovery in a popular video game. The dynamic duo presented a riveting thesis that drew expansive lines which concluded that the new Mario Kart game for the Nintendo Wii is a thinly veiled mask for the Marxist Communist Manifesto. The following is... MORE » Reports published in several local town records indicate a civil dispute between distant family members of John Mowry and Bryant University. The Mowry Farm was the original estate belonging to the 420 acres where the current Bryant campus stands today. Prior to selling it’s land to Earl Tupper, the Mowry family included a “sale of... MORE »

Sports: Little sisters of the poor draws in exhibition games against Bulldogs.

A group of nuns are very upset about a common phrase using their organizations namesake. They were especially resentful when Gordon Gee (Commissioner at Ohio State University) commented that in the Big 10 football conference “We don’t play little sisters of the poor,” obviously implying that nuns who are part of this organization are weak... MORE » In the wake of the new allegations about harassment allegations, GOP Presidential hopeful Herman Cain is seeking assistance from a familiar ally. This isn’t the first allegation on Herman Cain’s record. An unnamed source believed to be from Pizza Queen in Providence Rhode Island has commented saying that “”¦godfather pizza was harassing [Pizza Queen] with... MORE » Trojan Brand Condoms’ newest product launch, the Trojan BareSkin condoms, has been one of this year’s hottest new items in premarital pregnancy prevention. The new product claims to be 40% thinner than the leading brand and made of traditional latex materials. One of the largest misconceptions (no pun intended) of the new Trojan BareSkin condoms... MORE » 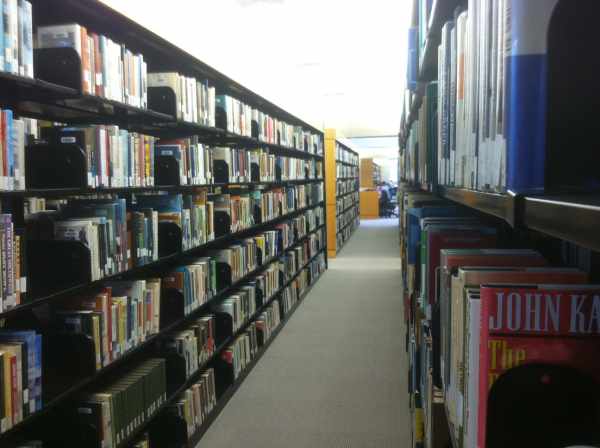 In the upcoming weeks students will be preparing for final exams and most of their time will be occupied in or around the Douglas and Judith Krupp library. The library has coincidentally noticed that many books from shelves are missing without having been taken out. A librarian intern who requested not to be named says... MORE » It was a typical day for Dan. He woke up on a Tuesday morning and began getting ready for his boring 9:00am history class with Professor Rooney. Only one thing was different for Dan that morning: today was the day his new Fleshlight came in the mail. Over $70 and 3-4 weeks of raging anticipation,... MORE »

Sophomores Josh Cutting, William, and Maria are upset about the students speak out section. When asked, they cited that the recent Archway section didn’t actually talk about relevant issues. “I’m not talking, wondering or thinking about fucking bricks.”   These students are upset because real issues on campus could be recognized in the student newspaper... MORE »