Living on South is not quite the same as living in a dorm. For one thing, you get a room to yourself (upgrade!) and you get your own living room instead of having to share with that weird kid from your dorm who always did karate in the lounge. Shirtless. (Shudder.) This means that you need to bring things for several rooms, including your bedroom, the living room, the kitchen and the bathroom.

Your bedroom is simple to plan for: clothes, posters of naked women, loud speakers to piss off your roommates/the people downstairs, and basic stuff you had in your dorm.

The other rooms are more complicated, since you’ll need to discuss what to bring with your roommate(s), who will inevitably be ambivalent when talking about “the fridge that my uncle might give me”¦or maybe it was a couch.” Your best bet is to plan what YOU can bring, and then calmly bring up how much of a slacker your roommate is in various social situations (example: Roommate: “Hey, do you wanna go to Dinosaur for dinner?” You: “Sure. Of course, we wouldn’t have to if you’d BROUGHT THAT FUCKING MICROWAVE SO I COULD MAKE MY GODDAMN DINOSAUR CHICKEN NUGGETS, YOU PIECE OF SHIT!”)

For starters, you’ll want your own chair for the living room. The couch in your apartment was made in 1874 by a man who, for whatever reason, loved when his cushions continually slid off the couch the longer you sat on it. If you sit on this couch long enough, it’s rumored that the cushion will slide far enough to bring you to Main Campus, probably faster than the bus will.

You DON’T need to bring a table. In fact, the table in South apartments is PERFECT for pong (Solo cups sold separately).

You’ll also want to bring a decent HDTV (call Time Warner so that they can set up a box for you in a “timely and efficient” manner). You DON’T need to bring your own router, and you SHOULDN’T bring a router. Despite the fact that the IT department puts the SU in SUCK, they aren’t happy when you set up your own router and then tell them how to do their jobs better. Trust me. I know from experience.

For the kitchen, bring a microwave and a toaster oven, some basic cooking supplies, and several fire extinguishers. If you’re a typical student living on South, your cooking abilities probably leave something to be desired. You should also program the fire department’s number into your cell phone. Additionally, you may want to bring a mini-fridge for beer. Odds are, you’ll have a lot of it, and it’ll take up way too much room in your main fridge.

Also get a few garbage cans, for the kitchen and bathroom, and get some bath mats for the bathroom floor. It can get pretty messy in there. You can pick these up on Erie once you arrive, or you can tell your parents you need them now and make them pay for them, especially since your roommate(s) will, without fail, forget their wallets when you make the trip to Target. Just like they forgot the microwave you need to make Dinosaur chicken nuggets. 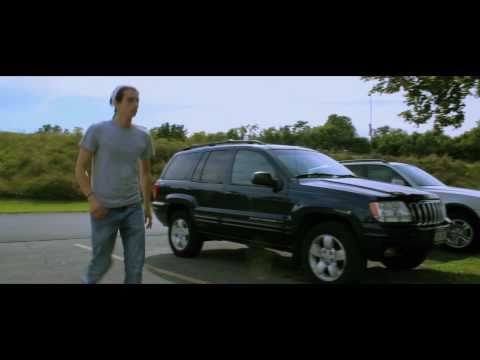