Ann Arbor, Michigan – On Wednesday night thousands of students lined up outside of the Union to have a chance to get a ticket for “Remarks by President Obama,” despite the excruciatingly boring name. While some students couldn’t fathom the existence of times with only three digits (“You mean 17:00 AM, right?), let alone getting up at the ass-crack of dawn just to get sandwiched between 3,000 sleepy Grumperstiltskins, many Real Americans are excited to follow up a night of waiting outside with: a morning waiting outside. All of this in order to ensure that they can get good seats for the Obama concert.

The event is expected to be “raging” and as a precautionary act, the Obama Administration has contracted Phi-Psi to work the door at Glick Field House. Said Sam Howard of the Secret Service, “We know this shit is about to be the hottest spot on campus, so it’s very important that we have brothers on the porch letting guys know that they need to have at least five girls with them to see Obama.” A spokesperson from Phi-Psi remarked, “We’ll make sure that no GDI’s get to see the President. Also we’ll be having a pre-game starting at 4 AM. It’s gonna be nuts, ice luges, octabongs, kegs.” Phi-Psi is preparing for the task by taking double doses of Creatine and stocking up on Adderall so that they can work out and rage without having to go to sleep or compromise their ability to push back kids claiming to be friends with White House staffers (“Yeah, man, I’m friends with a guy in the Cabinet, John. John”¦um”¦John Cabinet?”).

With this new partnership between the White House and Phi-Psi, rumors have started to circulate about what this means for the future of the party scene at the University of Michigan. Social Chair Hilary Clinton is already planning mixers with Phi-Psi for the fall semester. Phi-Psi is reportedly very excited by the prospect of being wiener cousins with Bill Clinton. 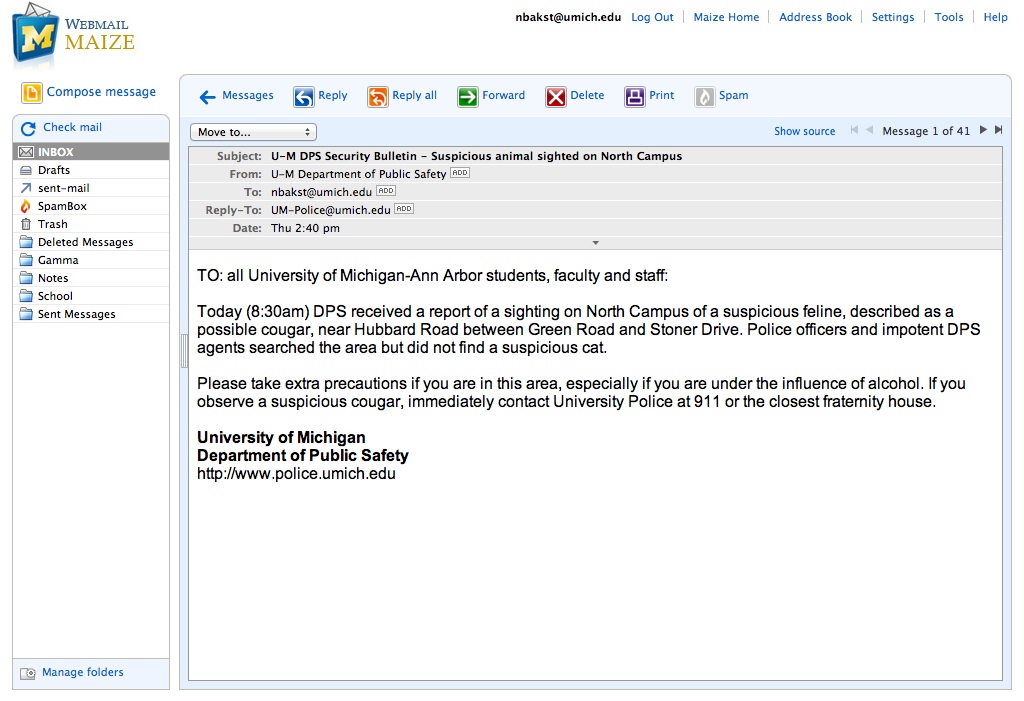 I can’t believe the University emailed this. Whether it’s the modern day Mrs. Robinson or Marion Wormer it matters not, if you’re a dude pulling an all nighter at the dude, be careful.     MORE »

Like a solar eclipse, it’s not every day that you see University of Michigan President Mary Sue Coleman drop the whole goody-goody act for some quality partying. In an attempt to better “relate” to the student body, Coleman chose to begin Friday night’s festivities at the tier-1 frat, Sigma Alpha Epsilon. The Bros, of course,... MORE »

The Squirrelly Kings of Campus Basement

The King of the University of Michigan campus basement this month, has to be, could be nothing other than, must be declared: the squirrel society of the Ann Arbor area. With this wimpy wisp of a winter nobody has benefited more than the squirrels. After spending months of preparation: finding nuts, hiding nuts, defending nuts,... MORE » 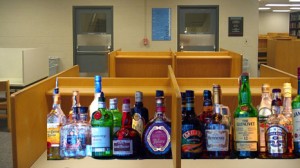 Girl Sets Record with 52 ‘likes’ in One Discussion Section

For some it’s a placeholder, a space filler. For others, it’s an entity so coveted, so beloved, that addiction is more probable than possible. No””not cocaine but the word “like.’ Many consider it Carrot Top-annoying””like listening to Rick Santorum reason that contraception leads to children being born out of wedlock. But recently, a cult-like following... MORE »

Unless you are an idiot, foreign, or go to Ohio, or some combination of the three, you know that stepping on the “M’ before your first bluebook results in failing said test at UofM. The brass, block-letter “M’, donated by the class of ’53, has scared off more kids than (insert pedophile). Activists have set... MORE »

Tom Brady vs. Denard Robinson, the Next Michigan Man

Ok, so Tom Brady didn’t win the Superbowl”¦again. He still makes the rest of us guys look like prepubescent seventh graders just popping our first pimples. He’s TOM BRADY. Just look at that smile and remember; he went to school here. He may not have started, or even played many games, but he is the... MORE » 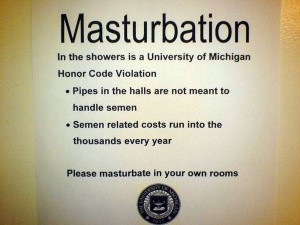 Actual U of M Warning Cold weather is a terrifying time for pipes with regards to water, but warm weather brings a whole other realm of ramifications. Seamen. Wait that’s not it, excuse me, it’s semen. See, man; it’s simple. It’s simple, and a little bit dirty. Living in the dorms is a time of... MORE » In a last ditch effort to save his ass, former Governor of Illinois, Rod Blagoevich, pulled all the plugs. Prison warden, Joseph Salchicha, has reportedly confirmed that Blagoevich was talking with former-former Governor, George Ryan, about, “getting outta here.” According to the account, Blagoevich has been accused of asking Ryan to “get him on that... MORE »