Columbia is No Place for Boobies: A Homospective in Three Movements MOVEMENT ONE: STEREOTYPES AT GAY SHUL

Like a kugel stained Jew at a Catholic Communion, I am no
stranger to being the minority. And while I enjoy seeing the paper wafers of
the other side, there is nothing like returning to a place where your minority
is the majority, a little bungalow I’d like to call shul. But I am a Purim smorgasburg
of minorities: if one couldn’t tell by my well-manicured scruff and assortment
of flavored condoms, I am a proud, tank-top wearing, homosexXxual man. Yet,
while I had long known the warm nuzzle of my Jewly themed synagogue, I had
never found the equivalent oasis for the raging fairy within. And then I came to Columbia, or as I
like to call it, GAY SHUL.

While statistics claim that 1 out of every 10 people are gay
or have gay-ish tendencies (which is something I can only assume means an unadulterated infatuation with the skinny jean) the Columbia statistics claim that 5 out of every 4
men like popsicles in and around their mouth. The only potential semi-carpet
munching men on campus are what I like to call the AWOS (pronounced AY-Woss)
meaning ASEXUAL WASTE OF SPACE. Ladies can’t do anything with them, I can’t do
anything with them, IF YOU AREN’T GOING TO BE SEXUALLY ACTIVE, YOU HAVE NO
PLACE AT COLLEGE. But I digress…

Some people say that all gays are the same. Yet, like the
Duane Reade (pronounced Dwahnay Rayahday) condom variety, we too come ribbed
and unribbed, thick and thin, magnum and Asian-sized. What’s most beautiful
about Gay Shul is that our minyan is a minivan that drives all types of homo:
basketball playing homo, I<3CHIPOLTLE homo, GLEE homo, glitter-marinated
homo, has-a-knack-for-Beyonce-choreo homo, bookish homo, post-modern IEAThurikamiFORLUNCH
homo, masculine homo, feminine homo, once-man-now-a-lady homo, once-a-lady-now-a-man
homo, multi-ethnic homo, Jake Gyllenhaal. But there are those who say that
among such variety, we should not sustain those fruity qualities that the gays
have been portrayed to have in the media. There are those who say that gay bois (with an i) who sing Defying Gravity around their room with bedazzled chaps
and Calvin Klein designer skimpies shan’t be tolerated if the rights of our
people are to move forward. But to these self-hating gays I say NAY! Nay to
your narrow-mindedness and your poorly manicured cuticles. As a Jew, do I shy
away from obscene amounts of matzo balls or an unhealthy bond with my mother?
NO! Jill and I are quite close and love to kick back with a shopping-spree and
chemically enhanced Fro-Yo and WE WOULDN’T HAVE IT ANY OTHER WAY.

So carry onward, my balls-loving brethren. Fight the good
fight! I like my burgers with swiss and glitter and I don’t care if who I am
propels a stereotype that sets my people back 2000 years. Maybe then I can LOL
with Jesus and ask him whether or not he approves of Bethlehemian man-to-man
bonage (and if Mary Maggy was really a tigress in the sack.)

HIS ANSWER TO BOTH QUESTIONS: yes.

The History of the Christmas Sweater (Columbia)

This article is part of our “Let’s Keep This Website Awesome Over Winter Break” Tournament series. Check out the opposing article here and be sure to ‘like’ your favorite! Long before things like “tweeting” and “Kardashian”, there existed a Christmas tradition so fantastical that it almost hurts to write about it. After a long December... MORE »

A Fortnight of my Weird-Ass Christmas Playlist Pt. 5

Today I took two finals. Also, Kim Jon Il died. These events are unrelated, but this song will probably be enjoyed by both students in need of post-final christmas cheer, and deceased dictators. That’s all I have to say. I’m gonna study for another final now. #stabmeintheface. MORE »

A Fortnight of my Weird-Ass Christmas Playlist Pt. 4

Today, whilst working in the lovely new Science and Engineering Library with the overpriced-yet-delicious coffee, I didn’t see any mistletoe. I didn’t see any jolly bearded men with rosy cheeks and jiggly tummies. I didn’t see softly glowing lights, and gifts wrapped in festive and environmentally-unfriendly paper. I did see vomit, and poop, in the... MORE »

A Fortnight of my Weird-Ass Christmas Playlist Pt. 3

I’m in class right now. Would I rather be administering an enema to Santa after he ate all his Christmas cookies? Would I rather give Mrs. Claus a brazilian bikini wax? You decide. (Hint: Yes. Yes. A thousand times yes) Enjoy this jingle while you cry into a textbook! MORE »

A Fortnight of my Weird-Ass Christmas Playlist Pt. 2

Here’s another one. You might remember these guys as the ones who sang that song that had a lot of fast singing and then “chickity china, the chinese chicken”. They also sang about the birth of Christ. Who knew? MORE » 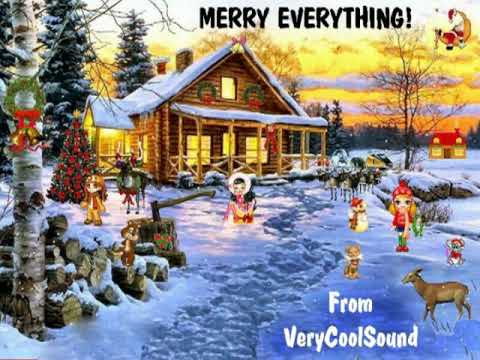 A Fortnight of my Weird-Ass Christmas Playlist

I read in some book that a fortnight is two weeks. Or three. Whatever. The point is that it’s currently a fortnight until I go home, and right now the only thing getting me through this melancholy finals season is my joyful playlist for Christmas season. But I’m not like all those other Catholic gals... MORE »

Here is a small video to celebrate the creation of the greatest thing to ever exist anywhere. Created on Columbia’s Campus. By Columbia’s FOINEST. MORE »

Shit to Read Whilst Shitting: A Series

So you’re sitting on the crapper. You’re trying to squeeze out all those Valentine’s Day candies you inhaled while watching BOTH Bridget Jones’ movies. You need a distraction. What better distraction than tales from the hood?  Rappers have enticed us for years with stories of “going hard on a ho” and “sticky green” and “bling”.... MORE » 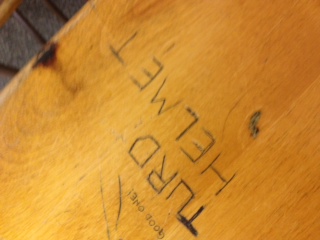 US News & World Report’s #4 University in the Nation

If you ever doubted our intelligence, our drive, our maturity or our passion for learning – look no further. This is clearly the work of a student at one of the best universities in the world. MORE » 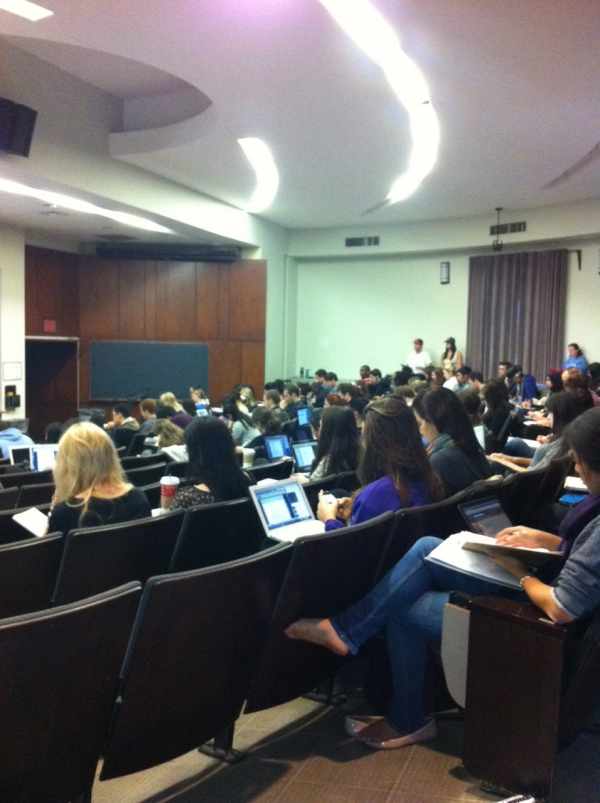 I can usually be found sleeping in a chair in the library, drooling on the oversized sweatshirt I wore with equally large sweatpants. Obviously it’s not a matching sweatsuit ““ that would be just plain tacky. If I’m not sleeping in the library I’m watching hulu and eating something with a loud, distracting wrapper next... MORE »

On Saturday, March 3rd, Lindsay Lohan debuted her new inflatable face on Saturday Night Live, scaring children, parole officers, and Aaron Samuelsez across this great nation. In equally exciting news, March 3rd brought with it the announcement that President Barack Obama will be speaking at Barnard College, the most prestigious of all female colleges barring Rupaul’s... MORE » Shit To Read Whilst Shitting: A Series

PART DEUX: SHIT GETS LITERARY The bathroom is a dirty place. Not just in the “you-live-with-three-girls-so-there-is-a-troll-head-of-hair-growing-from-the-drain” kind of way, but also in the “have-sex-hanging-from-the-shower-curtain-rod” kind of way. Taking both of these into consideration, I have found the latest inSTALLment of STRWSAS: Sea Oak by George Saunders. Now I know what some of you may be... MORE »

Shit to Read Whilst Shitting: A Series

In the realm of all things holy, there is nothing more sacred than in-taking knowledge while excreting yesterday’s John Jay omelets. But when the unlabeled caffeinated (possibly decaffeinated) coffee begins racing down your digestive tract like a decloseted freshman to First Friday, what do you do when you’ve already read that Taylor Swift Cosmo about... MORE » There are some things one should expect upon entering Butler Library: books, overpriced brownies, the occasional lesbian librarian, stack elevators covered in green tea and semen. But there is one thing that one would not expect, yet lives and breeds in the library’s halls like Lindsay Lohan’s herpes: the BOdorous stench of the fourth floor.... MORE »