What Is Your Favorite Syracuse Logo?

Random
Tweet
Article by Anonymous
August 25, 2010 at 12:15 pm
Nunes Magician has pulled a compilation of SU logos out of his hat (see what I did there?). Some of them are awesome; some of them I still can’t believe were ever considered (hint: Crazy Bill Orange).
To check out the cream of the crop head to his blog below. Smile for the camera!! The official profile photos for the new basketball team are in… and they are hilarious. Nunes Magician does a great job critiquing each and every one. Check the link for more. Check out Nunes Magician for more https://www.nunesmagician.com/2010/9/30/1720870/syracuse-basketball-profile-photos-an-analysis#storyjump MORE » Syracuse Basketball On Autopilot Is Still Better Than Your Basketball Program

Boeheim is off coaching Team USA, and apparently the team during Fall conditioning Â is doing just fine without him. Read more on Nunes Magician nunesmagician.com/2010/9/13/1686685/syracuse-basketball-on-autopilot MORE »

How To Grow An Orange

Sean Keeley of Troy Nunes Is An Absolute Magician has published a book titled How To Grow An Orange: The Right Way To Brainwash Your Child Into Becoming A Syracuse Fan. Now, arguably the longest title I have ever seen, I will admit the book is hilariously awesome. The book covers a bunch of SU sports... MORE » No, you didn’t read wrong. Unless you’re drunk, then maybe you did. But just to confirm, Chuck’s and Faegan’s were both voted number 32 and 28 in the nation, respectively. Allow me to put that into perspective for you. There are (for the purposes of this article, since I didn’t feel like looking it up)... MORE »

An ESPN Sportscenter Commercial from 1995 where Karl Ravech is trying to work and Otto the Syracuse Orange keeps on bugging him. MORE » 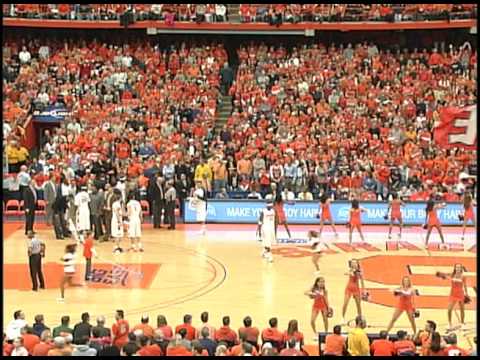 the E falls off cuse

I was a band geek once, I understand the pain. Source: www.citrustv.net MORE » In typical Boeheim fashion, Boeheim complained on Monday that his team was ranked number one in the nation. “I certainly didn’t vote for us,” avers Boeheim. “I don’t know who did, and I don’t know why they did. Did you see some of those plays we made? Disgusting. We have a lot of work to... MORE » 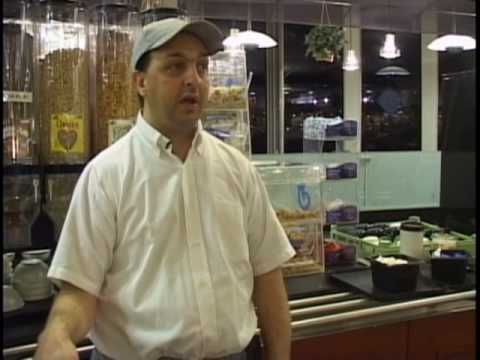 Dom of Syracuse University Enjoys his Job as Card