For Better or Worse… People say “it’s
only a game.” Some may agree but it’s hard to hear when this was supposed to be
“the year” for the Florida State Seminoles. Football season is one of the most
fun, exhilarating, and emotional parts of college for students. Emotions are high on campus in the wake of our most recent
heartbreak: Wake Forest 35, Seminoles 30.

One FSU senior is
having trouble lifting his spirits: “The Marlins aren’t doing well and with the
NBA lockout I only have FSU to root for. I love the “Noles and I hate seeing
them lose.”

Another
conversation with a friend of mine revealed some disturbing actions taken on by
her boyfriend. “When the final score was announced, something in him died. He stopped
talking and his face went blank. He hasn’t said a word since Saturday. He won’t
eat; he hasn’t showered.”

One fraternity
on campus (name shall remain private) is getting through the week in a rather
unusual, yet, touching way.  The
fraternity president claims that he and his brothers are taking part in a
hunger strike until FSU gets its next win. “We wanted to do something to show
our support for the team. Everyone is so angry with them but we know they’re
doing all they can.  People say
they love the Seminoles. But that all goes away when we’re in a position like
this- then they abandon their team. We knew we had to take action and we are
confident that FSU can beat Duke this weekend. We’ve really only gone about a
week with no food and we’re sure that will end tomorrow.”

Some call it honorable,
others say dumb.  No matter though,
the Seminole Nation stands by its team in the good and bad times. All we can do
is wait and patiently hold our breath for this tomorrow’s game. 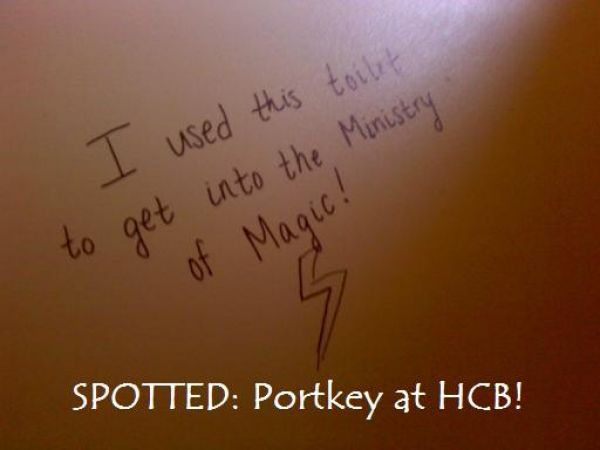 If you go to FSU, at some time you will wonder if JK Rowling spent some time on Landis Green before she decided to whip out her pen and napkin at the little cafÃ© in London to write Harry Potter. The similarities are so uncanny! After a solid amount of time at FSU, any student... MORE » The Williams Building on the East side of campus had an air of tension today after a literature teacher was seen storming out of the building screaming profanities left and right.  “I was just studying and all of a sudden some crazy bitch comes barreling down the hall and I’m like, what the hell man?!... MORE » After being on campus and away from home for close to two months, freshmen at Florida State are becoming harder to identify. But don’t fear fellow Seminoles! Here are some things you can look for when picking one out around town. Or if you are a baby on campus, I included a few pointers for... MORE »

When one thinks of fall, they’ll automatically think of cool air, sweaters, and turning leaves to go along with football, Pumpkin Spice Lattes and another school year. However, this weird concept of “fall” hasn’t quite reached Tallahassee.  As September nears an end and the temperatures are steady in the 90’s, students are slowly starting to... MORE »

Dom Johnson, 37, of Tallahassee admitted to selling his first born son yesterday all for tickets to Saturday’s game against Oklahoma. Andrew Johnson, 8, was reportedly sold to a family in Wakulla County. “I’m gonna miss the little man,” says Johnson, “He really was a great kid”¦ but sacrifices are sacrifices I guess, and you... MORE »

After being on campus and away from home for close to two months, freshmen at Florida State are becoming harder to identify. But don’t fear fellow Seminoles! Here are some things you can look for when picking one out around town. Or if you are a baby on campus, I included a few pointers for... MORE »