As the semester begins to wind down, one thing is clear to everyone in Cornell: Seniors no longer give two shits about anything. Well, thats not true – Senior Girls are hell-bent on getting dick before they leave for the real world and realize that they are actually still in the 4-7 range compared to normal girls, and Senior Guys want to get drunk with their bros and pound some slam-pieces while they’re at it. But nobody, literally not one Senior cares about trying in classes.

One such Senior, James McDermot, had an epiphany before his final last week: I will show up drunk, and it will be awesome.
“I showed up drunk, and it was awesome,” James reported. “Like i was belligerently drunk. I had to leave in the middle to throw up, and only made it to the vending machines. Whoever wanted a soda after that was in for a rough surprise.”
“Thank God it was a multiple choice exam – I could barely even bubble in the answers on the test sheet,” he said. “I can’t imagine what would’ve happened if it was a written final. I probably just would have drawn pictures of boobs and vaginas and written down stories about how I had sex with a transsexual once. Wait – please don’t put that down in the article.”
When asked about how he managed to select the right answers, he responded “I have no idea. Well, actually I do, I cheated off the Asian dude in front of me. Thank God there are juniors in my class.”
When I asked about his performance on the recent exam, his TA admitted that she could tell he was absolutely obliterated.
“I mean, when a kid walks in to sit down to the exam and trips trying to walk up stairs in a classroom without any stairs, you can kind of tell somethings wrong,” Sarah the TA had to say. “I actually kind of commend James for his actions. It takes a lot of balls to show up like that to an exam. Also I think he’s an idiot.”
In summation, enjoy your last few weeks of Senior year. Fuck classes, they suck anyways and no longer matter to you, and there are always nerds to cheat off of. I raise my keystone light can to you, mostly because I’m jealous as fuck – but that’s a different story entirely.
Oh, and Senior girls, please come visit me – I have a tempurpedic 😉
SEE MORE » drinking, exams
◄ Things I Wish I Knew Before I Came to College: Cornell Days Edition
Random
Optimize Your Fountain Run Nostalgia: A Gentleman’s Guide to Fountains and College Memories ► 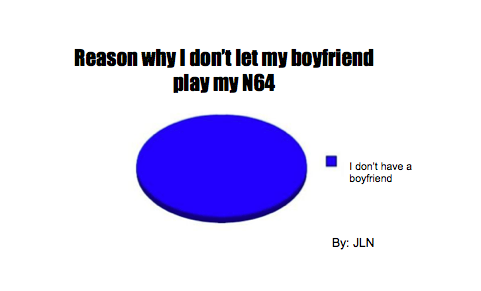