Sewage specialists all across Ithaca were brought in earlier today to help stem the tide of sewage that burst forth from Balch Hall. Reports point to this being a direct result of girls flushing their tampons down the toilet rather than neatly disposing them in the convenient white boxes on the side of each stall.

The Head of Balch Hall claimed “I saw that the girls’ times of the month became more and more synchronized towards the end of last semester, but I just assumed that the month away during winter break would fix that. Apparently I was wrong…wait is it 5 o’clock already? Excuse me, I have to go change my maxi-pad.”
Apparently, all of the girl’s in Balch Hall hit that magical time of the month where they can bleed for a week and not die (sorry for ripping off South Park there, but it’s true), and as a result caused massive pipe blockages and leaks all throughout Balch Hall. The girls have been relocated to various dormitories across campus until this problem can be solved.
Fortunately, not all girls are so upset about this relocation. Freshman Jenn Balinsky is actually excited to live somewhere else. “You don’t understand how much it sucks living with only girls,” Jenn said. “I’m tired of all the group bake sessions, the non-stop ‘girl-talk’ I hear whenever I walk through the hallways, and plus now I can see boys outside of my classes or frat parties. OMG THERE IS ONE IN A TOWEL!!!”
*Editors note: Jenn could no longer be reached for comment because she hyperventilated at the sight of a half-naked boy
Junior Biology student James Jones had this to say on the issue, “I never thought I would see a red tide so close to Ithaca. You know, ’cause red tide can also double as a term for a girl’s period, not just for algal bloom??? harharharhar – wait, what do you mean I’m not funny?”
Miraculously, this event will not keep the girls out of their rooms in Balch Hall for that long – almost as if it never happened…
SEE MORE » balch hall, dorms, females, girls, halls, menstruation, periods, pms, time of the month
◄ Technologically Retarded and Why Professors Are Hypocrites
Random
Campus Basement Official Investigation into College Freshmen Study ►

There is actually stuff to do in Ithaca/Cornell

Who knew that were is actually stuff going on in the lonely town of Ithaca.  www.campusamp.com lists more than 150 events going on this week.  The site is a centralized place to find and promote events at Cornell. Already 300 users have signed up. MORE » 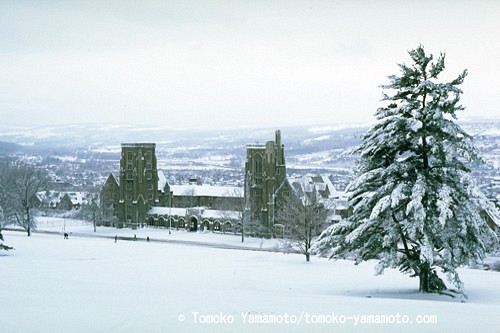